German Chancellor Angela Merkel says "no breakthough" has been made in direct negotiations between Russia and Ukraine. Though some EU leaders said real progress had been made, Russia complained of "difficulties." 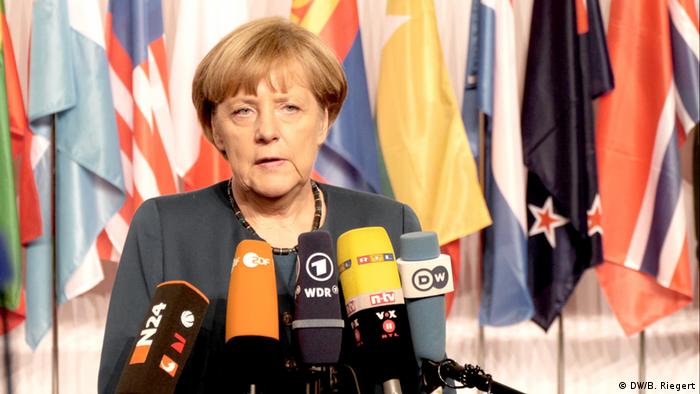 Initially, Europe's political leaders had expressed high hopes that talks on Friday between Russian President Vladimir Putin and his Ukrainian counterpart Petro Poroshenko could lead to a de-escalation of the situation in eastern Ukraine. Now it appears those talks weren't as effective as hoped, with all sides bemoaning "difficulties," "misunderstandings," and the unlikelihood that the fringe talks in Milan would be successful.

"There was no breakthrugh," Reuters quoted German Chancellor Angela Merkel as saying. "Unfortunately, I am not very optimistic," said Poroshenko, following his meeting with Putin and EU leaders. "The talks are indeed difficult, full of misunderstandings and disagreements," said Kremlin spokesman Dmitry Peskov, citing a "lack objectivity" among leaders gathered at the ASEM (Asia-Europe Meeting).

Earlier on friday, Renzi said the top brass meeting was a "step ahead" on resolving the conflict in Ukraine, adding that the leaders had had a "constructive discussion" building on the peace plan for eastern Ukraine agreed upon last month in Minsk.

British Prime Minister David Cameron also said it was a "very positive meeting" and warned that it was now up to Putin to show he meant what he said. "Vladimir Putin said very clearly that he doesn't want a frozen conflict and he doesn't want a divided Ukraine," Cameron added.

The dispute over gas supplies from Russia to Ukraine was also set to be discussed at Friday's meeting. Ukraine has been without Russian gas since June, due to a dispute over billions of dollars worth of unpaid bills. Russia has now threatened to cut gas deliveries to Ukraine if there is no agreement with Kyiv, which European governments fear will lead to gas supplies disruptions in western Europe, which were previously seen in 2006 and 2009.

According to French officials, further talks with the aforementioned European leaders, except the British PM, were scheduled for later on Friday.