Nissan and Renault's stock prices plummeted as the automakers prepare to oust arrested chairman Carlos Ghosn. The Brazil-born executive was detained in Tokyo on accusations of financial misconduct. 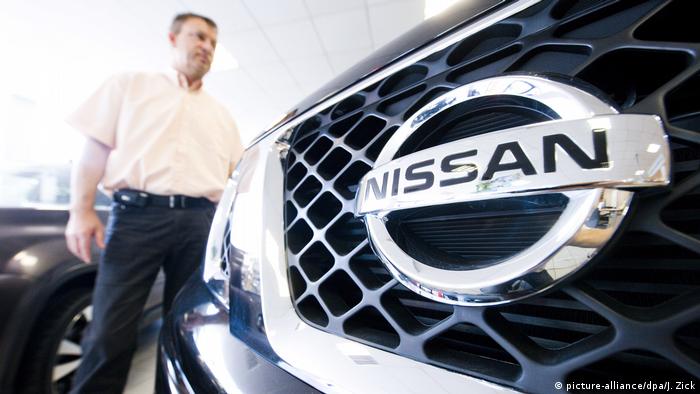 Shares in Nissan Motor Co. dipped 5.5 percent in Tokyo and Renault's fell 8 percent in Paris on Tuesday, a day after high-flying chairman Carlos Ghosn was arrested on suspicion of falsifying financial reports and other misconduct.

The 64-year-old Ghosn was arrested on Monday in Tokyo and is being held as prosecutors conduct an investigation into allegations that he underreported his income by around 5 billion yen ($44.5 million, €38.8 million) over five years.

Nissan and Mitsubishi, two parts of the Nissan-Mitsubishi-Renault alliance Ghosn led, have announced their intention to remove him as chairman.

France's finance minister Bruno Le Maire said on Tuesday that after his arrest, Ghosn was no longer fit to be at the helm of Renault.

"Carlos Ghosn is no longer in a position capable of leading Renault," Le Maire told France Info radio. He said France's priority was to ensure continuity and stable governance of the French car giant.

The French automaker announced it would be holding a board meeting later on Tuesday to discuss interim management while Ghosn is detained.

Ghosn: "basically deprived Nissan's shareholders of opportunities to judge if the amount of his salary was appropriate," Ibayashi said.

It is unclear how long Ghosn could be held in prison, or even when prosecutors would officially announce the charges against him.

Together with its joint venture on the ground, Japanese automaker Nissan is to make a multi-billion-dollar investment in the production of e-cars in China. Beijing's e-car quota system goes into effect next year. (05.02.2018)

German automakers Daimler and BMW have agreed to merge their transportation services businesses. The move will expand their offerings in car sharing, ride-hailing apps and systems for parking and charging electric cars. (28.03.2018)