Shares in Japanese gaming giant Nintendo have extended their week-long rally as investors ride the coattails of the Pokémon Go craze sweeping across the globe, with an estimated 65 million users already playing the game. 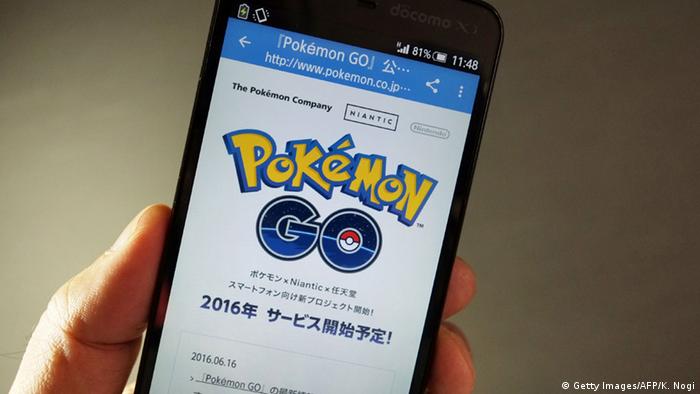 Nintendo shares jumped more than 15 percent in Tokyo trading on Thursday, closing at 25,300 yen ($240 or 215 euro) and extending a week-long rally that saw the stock soar by 75 percent.

The stock was again powered by hopes for its new Pokémon Go mobile game, which has become an instant hit after just over a week on the market in three countries. The augmented reality game gives players the opportunity to walk around real-life neighborhoods to chase virtual cartoon characters on their smartphone screens. Just seven days after its launch, it has already had more than 65 million users in the United States.

Investors believe the game's rising popularity will support Nintendo's new strategy to develop more games that can be played on mobile devices.

"The expectation is that Pokémon Go's success will contribute to the success of Nintendo's other original games, and even to the success of its next game console," SMBC Nikko Securities analyst Eiji Maeda told the news agency AFP. She added that the share price was, however, reaching its "upside limit."

As the game has surged to the top of Apple and Android app stores, industry experts think Pokémon Go could become the next big marketing tool for retailers. The app is free to download, meaning revenue comes primarily from purchases that players can make within the app, such as incense to lure the Pokémon creatures.

Pokémon Go was developed by Niantic - a company that was spun off from Google's Alphabet last year - in which Nintendo holds a majority stake. The startup raised $20 million from Tokyo-based Pokémon Co - also partly owned by Nintendo - as well as from Google. Niantic said its investors were willing to invest an additional $10 million investment if it achieved certain milestones.

Nintendo stands to profit further as it plans to roll out a new product called Pokémon Go Plus - a hand-held device costing $35 and said to make it easier to catch the characters in the game. Moreover, it has begun marketing smartphone games featuring Nintendo-owned franchises such as "Animal Crossing" and "Fire Emblem."

US museums call on smartphone users to stop 'catching Pokémon'

The US Holocaust Memorial Museum and Arlington National Cemetery have said "catching" Pokémon during visits "would not be deemed appropriate." The newly released Nintendo app "Pokémon Go" has proved to be a huge success. (13.07.2016)

Nintendo's Pokémon Go app has turned the slumping Japanese video game developer into an overnight celebrity on the app market. Can it sustain its success, or is it just experiencing its 15 minutes of fame? (11.07.2016)

Nintendo gets a new boss

Two months after the untimely death of its highly visible CEO, Satoru Iwata, the Japanese video game giant has named a long-standing executive as its new president to steer the company into a mobile-dominated future. (14.09.2015)