Niki Lauda: Much more than a Formula One champion 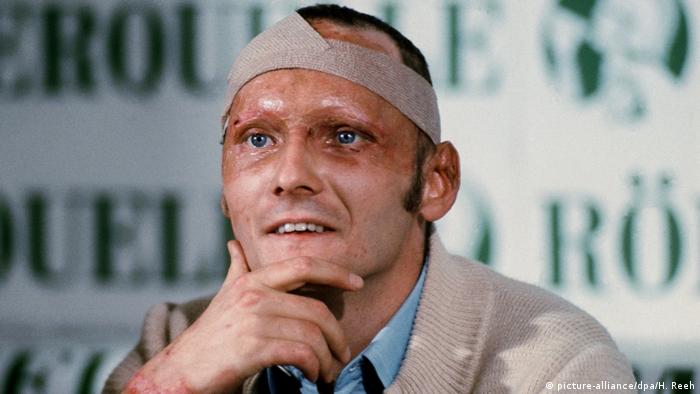 Andreas Nikolaus "Niki" Lauda was born in Vienna on February 22, 1949 as the son of wealthy industrialist Ernst-Peter Lauda and his wife Elsabeth.

Lauda developed an interest in racing at an early age, something that didn't meet with his family's approval. Without their support, he used the Lauda name, which was already famous in Austria, to convince a number of banks to give him enough funds in the form of loans to launch his racing career.

His first race came as a 19-year-old in Austria, where he drove a Mini Cooper S 1300 to second place in a hill-climbing race.

He made his debut in Formula One in August, 1971 when he was in the driver's seat for March-Ford. However, he failed to complete the race. His first F1 success came at the 1973 Monaco Grand Prix, where he finished in third place for the British BRM team and it was after this performance that Enzo Ferrari offered him a contract for the 1974 season.

Lauda's first F1 victory came at the Spanish Grand Prix in Jarama in April, 1974, but he failed to finish a number of races that season, which prevented him from taking his first drivers' title. This came just one year later, after Ferrari had further developed the car into the more reliable 312T.

Lauda started the 1976 season as F1's most dominant driver, winning five of the first nine races, finishing off the podium just once. Then came the fateful German Grand Prix at the Nürburgring: A week prior to the race, Lauda had criticized the safety precautions at the circuit, including a lack of fire marshalls and equipment,  and urged his fellow drivers to boycott the race. However, the idea was voted down and the race went ahead as planned.

On just the second lap of the race, Lauda's Ferrari slid off the track, crashing into an embankment and burst into flames. Several other drivers rushed to his aid but by the time they were able to pull him from the wreckage, he had suffered severe burns to his head and inhaled toxic gases that damaged his lungs. He subsequently had reconstructive surgery done to allow his eyelids to function properly, but had been literally scarred for life and would wear a baseball cap in public for the rest of his life as a result. 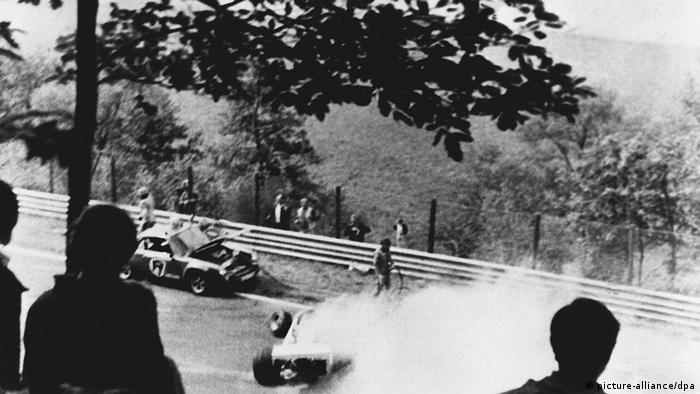 "I said to myself: Not with me you don't," Lauda later said of his mindset in the aftermath of the crash. "That was good, and that motivated me to stay alive."

Despite the horrific accident, and far from fully recovered, Lauda returned to the cockpit six weeks later after missing just two races, finishing fourth at the Italian Grand Prix. However, his injuries took their toll and he lost the 1976 drivers' title to British McLaren driver James Hunt by a single point. His battle with Hunt was depicted on the big screen in the 2013 film Rush.

One year later, Lauda bounced back to win his second drivers' title in 1977.

The following two years, with the Brabham-Alfa Romeo team, were largely unsuccessful and towards the end of the 1979 season he retired, choosing instead to focus on running his charter airline, Lauda Air.

"I'm fed up with driving around in circles," was how Lauda explained his decision to leave the track.

Three years later, he returned to race for McLaren, wining his third race of the season, the 1982 Long Beach Grand Prix. Lauda failed to win a race in 1983, but in 1984 he took his third and final drivers' title – by a half point over teammate Alain Prost, the smallest margin of victory in Formula One history.  Lauda retired as a driver for good after a poor 1985 season.

In his post-driving career, Lauda went on to serve in a number roles in F1, first serving as a consultant to Ferrari from 1993, before moving on to spend 18 months as the team principal of Jaguar. Most recently he was the non-executive chairman of the Mercedes AMG Petronas F1 Team.

He also spent several years as a pundit on German private broadcaster RTL's coverage of Formula One races.

Lauda struggled with health problems from the time of the 1976 Nürburgring crash onwards and in August 2018 he underwent a successful lung transplant operation.

Niki Lauda passed away peacefully, surrounded by his family, on May 20, 2019.

Legendary Formula One driver Niki Lauda has undergone lung transplant surgery in his hometown, Vienna. The Austrian has had various health issues since his infamous crash at the Nürburgring in 1976. (02.08.2018)

Ex-Formula 1 champion Niki Lauda was released from a hospital in Vienna in "good overall condition" following his emergency lung transplant. The racing veteran still suffers the effects of crashing his Ferrari in 1976. (24.10.2018)

The most successful Formula One drivers of all time

Sebastian Vettel is already one of F1's most successful drivers, aged just 26. Numerically, Michael Schumacher tops the tree; but he's by no means everyone's choice as "greatest of all time." Here are some candidates: (27.10.2013)