Austrian carrier Niki has been sold back to its founder, ex-Formula One champion Niki Lauda. He had signaled for months that he would be interested in once again owning the former subsidiary of insolvent Air Berlin. 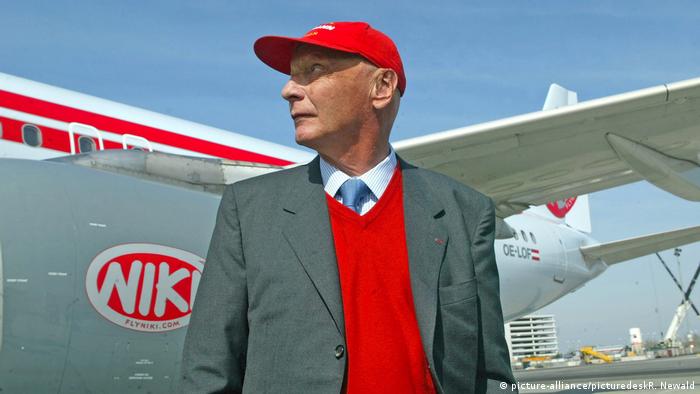 Austrian former racing driver Niki Lauda was chosen to buy the assets of Niki which he founded in 2003, the administrators of the former Air Berlin subsidiary announced Tuesday.

Lauda's bid was preferred over Anglo-Spanish group IAG/Vueling. It was the third offer the former Formula One champion had made since September.

"At the end of a transparent tender, Lauda came out early in the morning as the best bidder," administrators said in a joint statement. They had emphasized the need for a swift green light from the authorities in Austria and Germany.

At the end of last December, IAG announced it had been selected, as part of Air Berlin's liquidation procedure, to purchase up to 15 A320 aircraft and a portfolio of attractive slots owned by Niki.

The group had also indicated it would hire about 740 of Niki's 1,000 employees. But the whole bidding procedure was relaunched in mid-January after Austria insisted it fell under its remit, because Niki's head office was located there.

Germany's flagship carrier Lufthansa, which had also wanted to buy the holiday airline together with large parts of Air Berlin, had to abandon its plans because of EU competition concerns.