A second schoolgirl kidnapped along with more than 270 others by Boko Haram nearly two years ago has been rescued, Nigeria's army reports. The other rescued girl has met the country's president, Muhammadu Buhari. 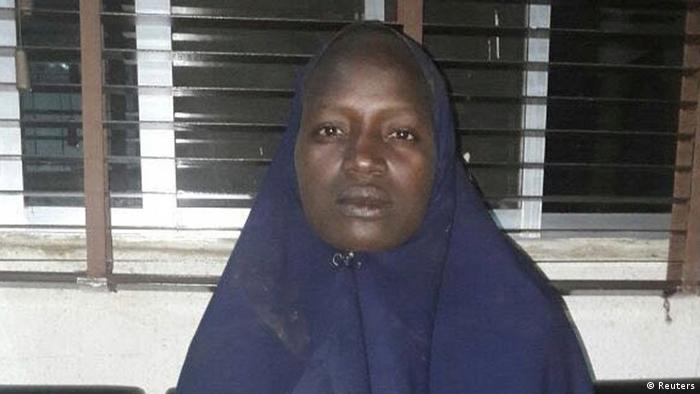 In an emailed statement carried by PR Nigeria, an official government agency, army spokesman Sani Usman confirmed "the rescue of another Chibok girl this evening."

However, the head of the Chibok Abducted Girls Parents (CAGP) group claimed that the second girl may not be one of the ones from Chibok.

"Among the girls, none of them is from Madagali. They were either from Chibok, Damboa, Askira and Uba (in Borno state). So I can say … that this girl is not among the abducted girls," said CAGP chief Yakubu Nkeki.

"We were never contacted by the military for verification of the girl's identity before the announcement was made," Nkeki added.

Some 57 of the 276 girls abducted from the remote town in northeast Nigeria on April 14, 2014, escaped during their kidnapping, but parents of the remaining 219 accused then-President Goodluck Jonathan of not doing enough to find their daughters.

Though the abductions brought worldwide attention to the conflict, there have been no signs that the girls' release was imminent. 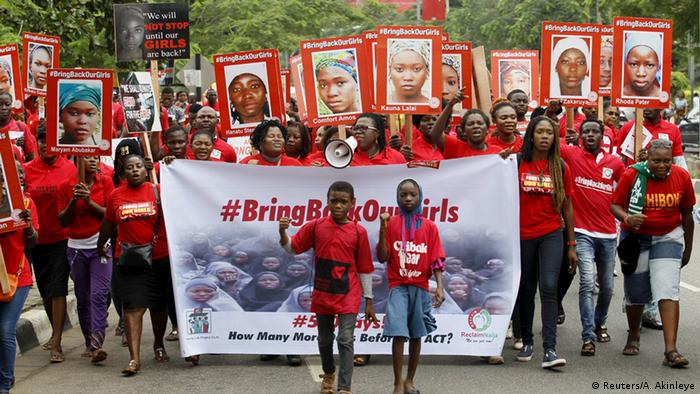 Amina: the first to be released

Amina Ali Darsha Nkeki, the first girl to be rescued, was found on Tuesday by soldiers working with a vigilante group near Damboa, south of Maiduguri in the remote northeast. Officials confirmed Amina was one of the 219 girls abducted from the government school in Chibok in April 2014.

The governor's comments came shortly after Amina met Nigerian President Muhammadu Buhari (pictured), who voiced fresh hope for the recovery of the more than 200 others still being held.

Buhari said he was "delighted" at her release and that the government was doing "all it can to rescue the remaining Chibok girls." He said the regime would make it a priority to allow Amina, who has a 4-month-old baby, to return to school.

Amina is said to have told her relatives at a brief reunion at the family home in Mbalala, near Chibok, that most of the girls were still in the Sambisa Forest area of Borno state, but that six had died.

After Amina was discovered, the army said it had detained a suspected Boko Haram militant called Mohammed Hayatu, who said he was her husband.

"We believe that in the coming weeks we shall recover the rest of the girls," Governor Kashim Shettima told reporters. "The military is already moving into the forest."

The governor of Borno state - in which Chibok is located - said the army was drawing up plans and moving into a Boko Haram forest stronghold in a bid to rescue the remaining girls.

Boko Haram has been waging a seven-year insurgency to set up an Islamic state in the area. The jihadist group - which last year pledged loyalty to the so-called "Islamic State" (IS) - still regularly stages suicide bombings and has used kidnapping as a weapon of war in the conflict, which has killed at least 20,000 people, forced 2.6 million from their homes and devastated the northeast since 2009.

More than 15,000 people have been killed and 2 million displaced in Nigeria and neighboring Chad, Niger and Cameroon during the insurgency.

Northern Nigeria, which is largely Muslim, is deeply conservative, and kidnap victims have reportedly been shunned on their return home.

More than two years after more than 270 girls were kidnapped in Chibok in northern Nigeria, one of them has reappeared. This is certainly reason to rejoice but there are also questions to be asked, says Thomas Mösch. (19.05.2016)