Many Nigerian communities where oil is pumped or piped say they see little development brought by the country's largest industry. Some are looking to alternative energies as a way of reducing poverty and illness. 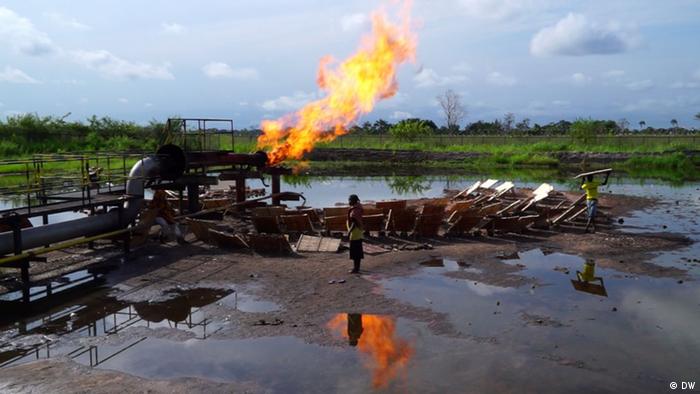 For the past 10 years, Dokas Obonyano has worked drying cassava by the heat of a natural gas flare. The Shell oil company's flow station in Uzere in Nigeria's Delta State pumps oil from the well and separates bubbles of natural gas trapped in the sweet crude. The gas is a by-product piped out into the air and set on fire.

"It's dangerous, it's very dangerous. but what are we going to do?" said Obonyano as she lays out cassava on woven mats and places them near the flare.

Obonyano comes here with three of her children because she can't afford to put them through school.

"There's no help. We labor before we eat. That's why we come here - for our children," said Obonyano. "I don't have any money to pay the school fees, that's why I come here," she added.

In Nigeria's Delta region, oil is pumped, the gas is burned off, and the liquid crude is exported.

Though natural gas is not a renewable energy, it's a source of power otherwise lost in the oil extraction process.

Estimates show enough gas is flared to reliably power much of the country.

The toxic fumes have been linked to health problems for people who live nearby. They release huge amounts of carbon dioxide into the atmosphere.

Shell's Afam 2 power plant was built to turn some of that natural gas into power for the country. 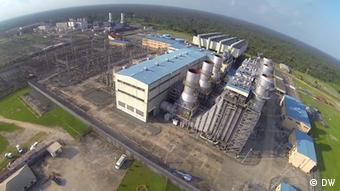 "Impacted communities are connected to the grid with 24-hour electricity. Economic development has changed from the time we moved in until now," said Ben Agbajogu, director of the Afam 2 power plant.

The impact is certainly not only local.

This plant alone produces about 15 percent of the entire country's grid electricity, when the whole system is operational.

"There is always an issue around vandalization on the trunkline," he said.

"When the trunkline is distressed, you will not be able to deliver those liquids and the gas facilities will have to shut down because the trunklines are down. This will impact heavily on both the domestic gas supply and electricity to the grid," he said.

However, if Shell and the government have reduced flaring, delivered electricity and provided training opportunities, not everyone in the Delta is seeing this.

Many communities where oil is pumped or piped say they see little development brought by the country's largest industry.

"For over 58 years now this community have been producing oil for Nigeria. The government just abandoned us, as in no development has been coming," said Orevaoghene Jathtah Ogbiki, a representative of the chief in Uzere.

He says residents have become ill from burning charcoal to cook, and cutting down the trees has caused floods because of erosion.

"It's destroying our forest because we cook with firewood," said Jathtah Ogbiki.

"It generates smoke and the smoke is hazardous to health." 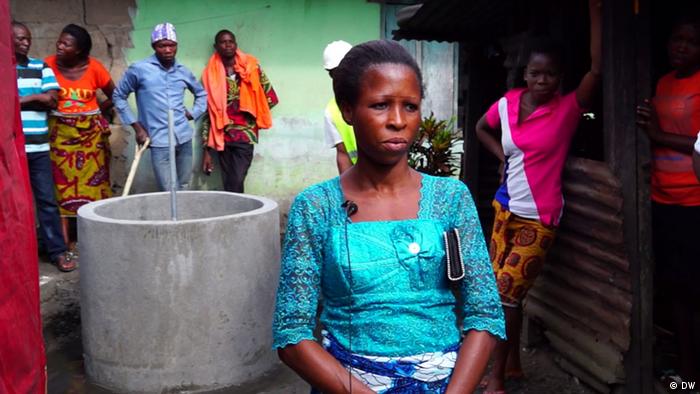 Now the community is getting some help from Ifeanyi Charles Aghaulor, an engineer from the Delta region and the executive director of the Biotech Development Network.

He invented a biodigestor that takes kitchen waste, along with husks and stocks left over from farming, and turns it into methane cooking fuel.

The community built 10 biogas units through the Ministry of the Environment's Territorial Approach to Climate Change program.

"It doesn't have smoke and can improve the health condition of the people, the sanitation of dropping waste haphazardly has now stopped. You can now use it to clean up the environment," said Aghaulor.

Felicia Egoru has been cooking with charcoal her whole life in Uzere.

She is concerned about the health impacts from the smoke and is ready to make the change to biogas.

"The firewood is always smoking and this one cannot be smoking," said Egoru. "I will use it to cook. I prefer it to firewood."

She says this small change can make a big impact on her health and the wellbeing of the community.

Nigeria has set out an ambitious project to have energy sufficiency by tapping renewable energy in villages across its 36 states. Africa’s largest oil producer is grappling with a serious energy crisis. (05.02.2015)