At least 29 people have died after a boat capsized in the northwestern Nigerian state of Sokoto. Five children were among those who perished. 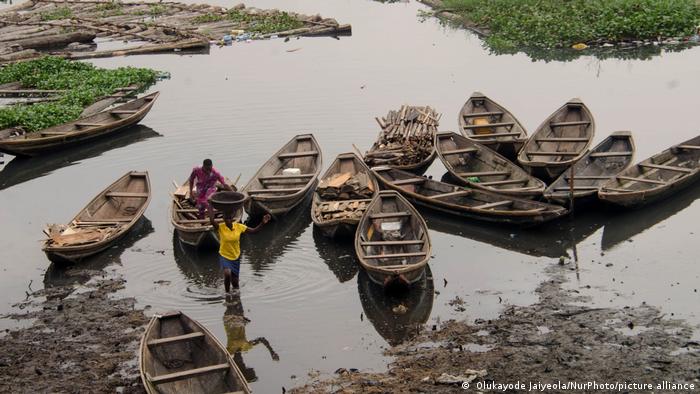 At least 29 people have died after a boat capsized in a river in the northwestern Nigerian state of Sokoto, the governor- of the region said on Wednesday.

Five children were among those who perished in the accident.

The boat was carrying 35 people across the Shagari river when it sank.

The boat was mainly carrying women and the cause of the incident is not yet clear.

Previous accidents of the kind have been blamed on overcrowding of boats and a lack of passenger safety rules.

From swipe to harvest: Crowd-farming grows in Nigeria

Why Africa is home to the world's 'worst airports'

Young African celebrities are sandwiched in a glossy-but-gossipy reality show with disturbing narratives and no real purpose. The opportunity to paint a true picture of Africa has been wasted, writes Tobore Ovuorie.

Nigerian authorities are shutting down illegal online lending firms that use deceptive schemes to hook consumers.