The country's president told national TV viewers that several suspects have been detained for attempting a military takeover. Earlier this week, at least four senior military officers were arrested. 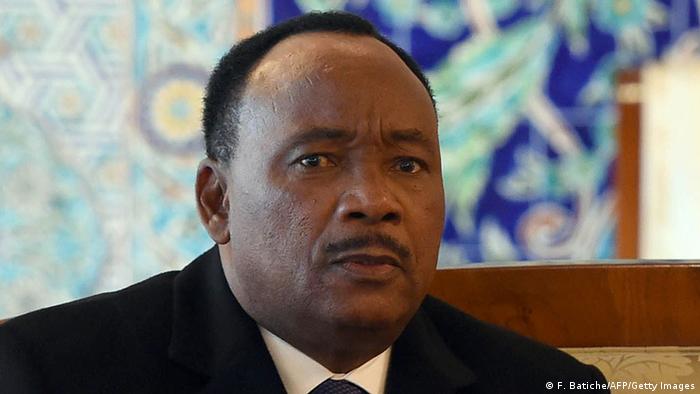 President Mahamadou Issoufou went on national television on Thursday to announce that the government had foiled a coup attempt.

He said that several suspects who had been planning to use aerial means to seize power had been arrested and that the situation was now "under control."

"The aim of these individuals, driven by an unknown motivation, was to overthrow democratically elected institutions," he added.

Among those taken into custody were the former military chief of staff, General Souleymane Salou, and Lieutenant-Colonel Dan Haoua, head of the air force base in the capital Niamey.

"It's said they are suspected of wanting to carry out subversive activities but nothing is clear for the moment," said a relative of General Salou.

Tension ahead of elections

The attempt took place amid political tension in the West African state ahead of a presidential election set for February 21.

If successful, the planned coup would have been the second military takeover of the landlocked country in five years.

Issoufou is heavily favoured to win re-election, but the opposition has accused him of a campaign of repression.

His 2011 election win marked the restoration of democratic rule after a previous military coup which toppled his predecessor Mamadou Tandja a year earlier.

General Salou was a member of the junta that orchestrated the earlier coup.

Another of those currently being held in custody, Lieutenant Mahamadou Hambaly, was arrested on suspicion of preparing a coup against Issoufou just months after his election in 2011. He was later released without charge.