The French know that their politicians receive money from every possible source. But the fact that Nicolas Sarkozy is now charged with having gotten some of his from dictator Moammar Gadhafi may cross the line for many. 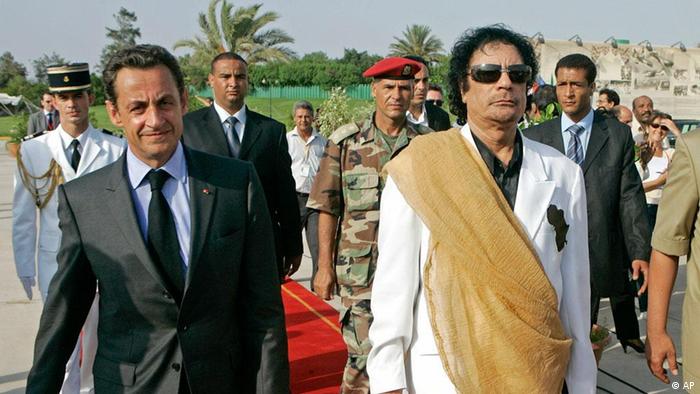 Former French President Nicolas Sarkozy was charged on Wednesday with corruption — and it's a lot of money in question. The French judiciary is formally investigating whether Sarkozy received as much as €50 million ($61.3 million) from Libyan ex-dictator Moammar Gadhafi for his successful 2007 election campaign. The sum is more than double the legal campaign funding limit. The payments would also violate French rules against foreign financing.

The revelation has put France's judiciary in high spirits and Sarkozy has been in police custody since Tuesday. Nevertheless, the allegations have not yet been enough to cause a public outcry.

"Morals have no place in French politics," Paris-based political scientist Jerome Sainte-Marie pointedly told DW. He says there is little expectation that politicians should act as model citizens. "Lord knows Sarkozy is not the first politician to have collected money in such an unorthodox way. There is always a lot of money floating around, especially when it comes to presidential elections," says Sainte-Marie.

Fighting corruption with the law

The French justice system, on the other hand, began fighting that lax attitude in the early 1990s. Since the enactment of the so-called Rocard Law — named after former Prime Minister Michel Rocard – political campaigns and parties have been required to disclose all financing and donations. If illegal funds are funneled into coffers, French law allows mayoral election results to be nullified for up to one year.

That law is effective at the local level; it forced Socialist heavyweight Jack Lang to abandon his ambition to become the mayor of Paris. The problem, says political scientist Pascal Perrineau from the Sciences Po University in Paris, is that there is no political will for the practice to be applied on the national level.

Financial ties between politics and business

Political expert Sainte-Marie says corruption and opaque party financing have been a constant across the political spectrum throughout the history of the present Fifth Republic — from far-right conservatives all the way to the Communists. "The political fight is what counts. If French voters see themselves being served they are willing to compromise."

For instance, although it was said that General Charles de Gaulle — the founder of the Fifth Republic and one of the most important French politicians of the 20th century — kept an exact account of every stamp he used and insisted upon paying for each one out of his own pocket, it was an open secret that the Gaullists profited from financial contributions from the Maghreb states of North Africa. 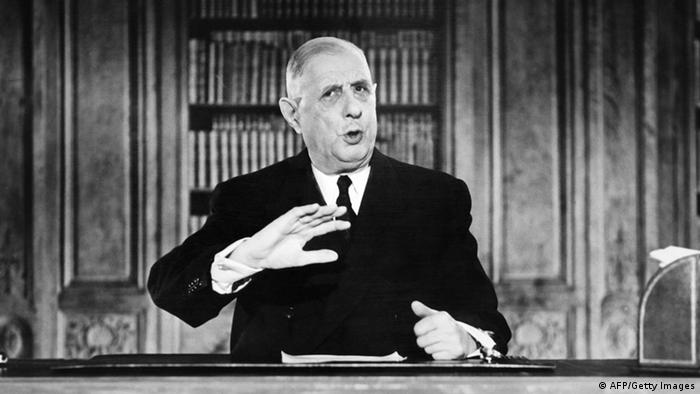 De Gaulle spent much of WWII in exile in London

Oiling the wheels of democracy

That never bothered anyone. De Gaulle was the embodiment of the French Resistance, the man who led a "Free France" movement from London to fight the Nazi occupation. Thus, people tacitly condoned the fact that the Fifth Republic's first president accepted massive amounts of cash for his party from the state-owned oil company Elf.

When de Gaulle left the stage, that incestuous relationship was carried on by Socialist President Francois Mitterrand. He saw to it that Elf spread the wealth around and gave donations to all of France's political parties. That never led to his political demise. Mitterrand was too important in his role as a rallying figure for an entire generation of French socialists for that to happen.

Conservative President Jacques Chirac was also dogged by allegations of misallocating public funds throughout his career. Nevertheless, such charges never led to a fall from grace in the eyes of French voters.

Morals not part of French politics

"It's the political ends that count. Not whether a politician is faultless," says Sainte-Marie. Financial scandals only become political nooses when party friends tie the knot in order to remove a political adversary, says Pascal Perrineau from Sciences Po in Paris.

An example of just how quickly a political career can end when authorities get their hands on sensitive information was most recently seen in the case of failed presidential candidate Francois Fillon. Although the sum was paltry compared to that which Sarkozy is accused of taking, Fillon was, nevertheless, forced to exit the political stage.

Proximity to money is not a problem

Doing without was never an option for Nicolas Sarkozy. The ace up his sleeve has always been his influential and wealthy friends. And Sarkozy never made a secret of his coziness with the French plutocracy. The French simply accepted his close ties to industrialists like Vincent Bollore, the building and telecommunications magnate Martin Bougyues and billionaire L'Oreal heiress Liliane Bettencourt. 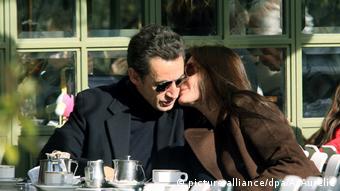 Sarkozy and his wife, model Carla Bruni, led extravagent lives and were often in the press

Sainte-Pierre says two things distinguish Sarkozy from his predecessors. Firstly, his extravagant style and his willingness to appear alongside the rich and powerful. The French saw these things as evidence of the politician's poor taste. "He got a reputation as bling-bling president, but it never cost him any support with his base," says Sainte-Pierre.

The second point, however, is much more serious: his policy toward Libya. Many French have never forgiven him for intervening there.

"As long as a president's policies resonate," Sainte-Pierre explains, "no one ever asks where the money is coming from." Yet many French voters are unforgiving when it comes to what they consider to be fatal political mistakes.

Seen in this light, says Sainte-Pierre, Sarkozy's campaign finance affair has all the makings of a full-blown political scandal.