Nicola Sturgeon set to be voted in as Scottish first minister

Scottish National Party (SNP) leader Nicola Sturgeon is due to be voted in a Scotland's first minister. She would take over for Alex Salmond, who stepped down in September after his unsuccessful independence referendum. 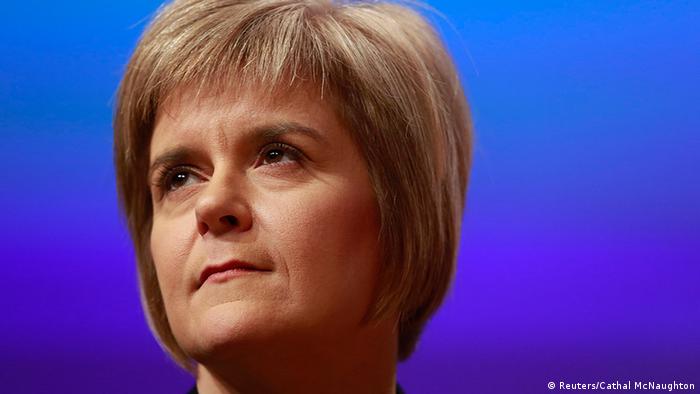 Newly appointed leader of the Scottish National Party (SNP) Nicola Sturgeon was set to be voted in as Scotland's first minister by the members of Scottish parliament (MSPs) on Wednesday.

As Scotland's fifth first minister since the Scottish government was devolved following a 1997 referendum, Sturgeon would also be the country's first female first minister.

Sturgeon would replace Alex Salmond who stepped down as Scotland's first minister as SNP leader following the "No" vote outcome in September's independence referendum. Some 55 percent, or 2 million people, said "No" to the prospect of ending Scotland's 307-year-old union within the United Kingdom, against the 45 percent in favor.

Speaking at her party's annual conference on Saturday, Sturgeon insisted that despite the "heartbreak" of the referendum defeat, "Scotland will become an independent country."

"Power over Scotland no longer rests in the corridors of Westminster, it rests with Scottish people and that is where it will stay," Sturgeon said.

Scottish Conservative leader Ruth Davidson is also standing for first minister as a "Unionist alternative", but the SNP's parliamentary majority is more than likely to ensure Sturgeon success.

As first minister, Sturgeon would chair the Scottish Cabinet, which is expected to be announced on Thursday, and would be primarily responsible for the formulation, development and presentation of Scottish Government policy.

Following her appointment as first minister, Sturgeon would also swear an oath of allegiance before Scotland's judges in Edinburgh's Court of Session on Thursday.