The Nicaraguan president has accused the protesters of implementing a "criminal plan" to "destroy the image of Nicaragua." Analysts believe it could be "too late" to roll back reforms following deadly protests. 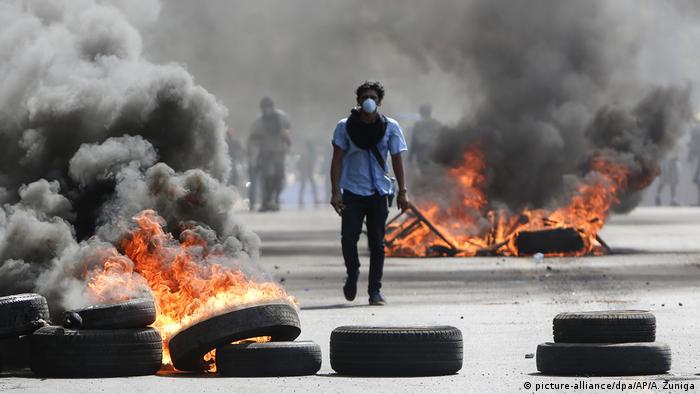 Nicaraguan President Daniel Ortega on Saturday confirmed that his government will further discuss social security reforms with the private sector, in his first public appearance since deadly protests erupted earlier this week.

Ortega said his government will further discuss reforms with the private sector to determine if there is a "better way" to restructure social security and pensions in the country. He argues the changes are fiscally necessary.

However, the Nicaraguan president, a former Marxist guerilla, stopped short of giving in to protesters' demands. Ortega accused them of having a "criminal plan" to "destroy the image of Nicaragua." 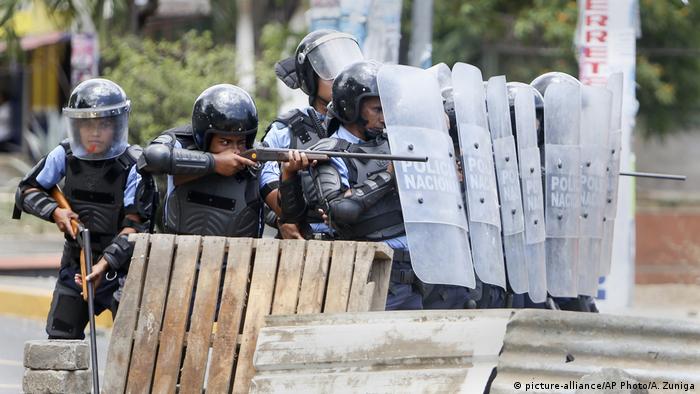 'Beginning of your end'

Protests have raged on despite Ortega's offer to discuss the reforms. At least 10 people have been killed in clashes with police, the government said on Saturday. The Red Cross of Nicaragua said the figures could be higher but they had no information from outlying areas.

The violence also drew protests in Washington DC, where demonstrators gathered in front of the Nicaraguan embassy, calling for the government to end its brutal crackdown. Protesters held placards, with one saying: "Ortega: Witness the beginning of your end."

The reforms, which had gone into effect on Wednesday, impose a 5 percent tax on retiree and disability pensions while increasing social security contributions by up to 22.5 percent. But the government has now postponed their implementation until July. 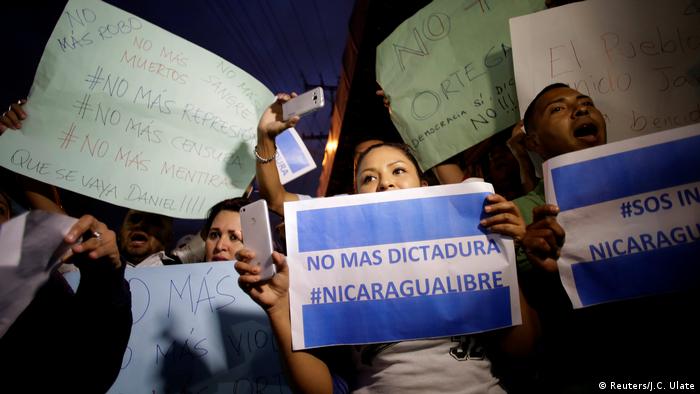 Nicaraguans outside of the country have rallied behind the protests, saying: "No more dictatorship"

Analysts have noted that the protests appear to be different than previous anti-government demonstrations, suggesting that they might not let up even if the president concedes to their demands.

"Where this goes nobody knows. Daniel Ortega might be the only person in Nicaragua with the singular power to dial it back and restore some semblance of calm," said Tim Rogers, Fusion's senior editor for Latin America.

"But it might be too late for that. This isn't just about taxes anymore; it's the rejection of an entire system of government. It can't be fixed by presidential decree."