A former guerrilla chief and Miss Nicaragua 2017 are representing the opposition in the next presidential election amid a crackdown on President Daniel Ortega's contenders. 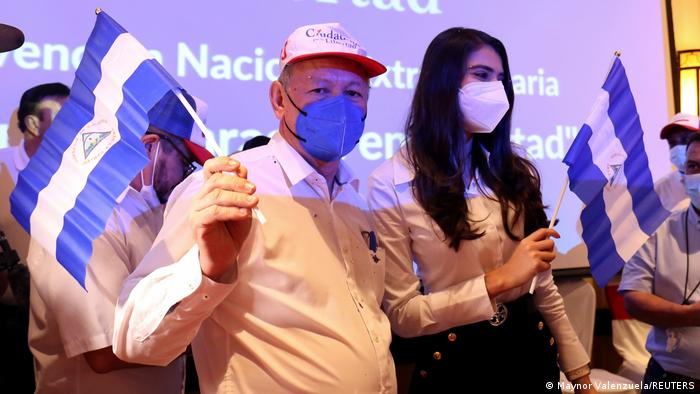 Sobalvarro and Quezada are set to run against President Daniel Ortega and his wife, Vice President Rosario Murrillo

The main opposition alliance in Nicaragua named on Wednesday a former right-wing guerrilla fighter and a beauty queen as its candidates in November's general election.

The move comes amid a crackdown on potential presidential candidates in Nicaragua, with security forces arresting dozens of people who had hoped to take on President Daniel Ortega.

Hundreds of supporters chanted "Yes you can," "Freedom" and "Freedom for political prisoners" as CXL made the announcement at a hotel in the capital Managua amid heavy security presence.

Sobalvarro is a former chief in the right-wing guerrilla groups Contras. Backed by the United States, the rebel groups fought against the Sandinista government led by Ortega in the 1980s.

"That painful war, because it was a war between brothers, could have been avoided if Sandinismo had fulfilled its promise of democracy in 1979 and allowed free elections," Sobalvarro said on Twitter following his nomination.

Sobalvarro said there was hope to remove Ortega from power, as happened in 1990 when "we went out to vote under a dictatorship in a militarized country, but the people, armed only with their vote, proved themselves invincible and we hope that history will repeat itself."

The former commander of the Nicaraguan Resistance group said he would "take on the baton" from those detained, "which is neither easy nor free from risks."

Who is Berenice Quezada?

Quezada was Miss Nicaragua in 2017. She has no known history of a political career.

According to La Prensa newspaper, Quezada joined the 2018 protests against Ortega and used her social media accounts to speak out against the government. 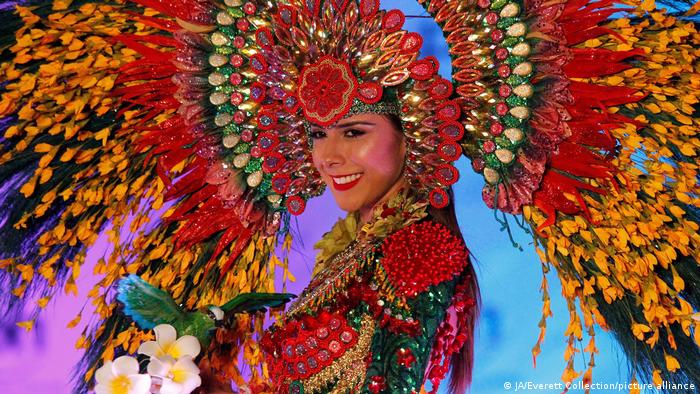 Quezada represented Nicaragua in the Miss Universe show in 2017

What is the political situation in Nicaragua?

Ortega, who has governed with his wife Rosario Murillo as vice president since 2017, has not yet officially registered his candidacy.

The president is a former left-wing guerrilla. He ran Nicaragua between 1979-1990 and returned to power in 2007.

In 2014, Ortega propagated a constitutional amendment to scrap presidential term limits, paving the way for him to remain in office for life.