Five more opponents of President Daniel Ortega have been arrested. The detainees include members of the leftist Unamos party, and a former comrade-in-arms of the president. 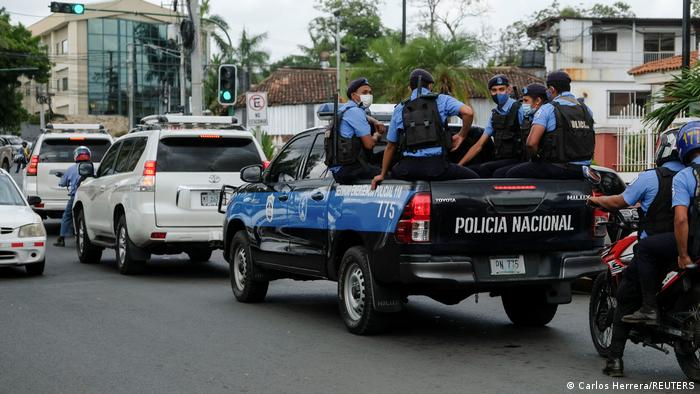 Police have rounded up a number of prominent opposition figures

Nicaraguan police arrested five more opposition politicians over the weekend as part of an ongoing crackdown that appears to target individuals who might challenge President Daniel Ortega in the November presidential election.

The latest roundup, however, went beyond would-be election candidates — a sign the 75-year-old president has started moving against any prominent member of the opposition.

Four were arrested on Sunday and one on Saturday, in raids targeting key figures of the leftist opposition Unamos party.

Who were the five arrested politicians?

Most notable of the arrests was that of Tellez, who fought alongside Ortega against the dictatorship of Anastasio Somoza in the 1970s.

She led an assault on the National Palace in 1978, taking the dictator's congress hostage in exchange for the release of Sandinista prisoners. 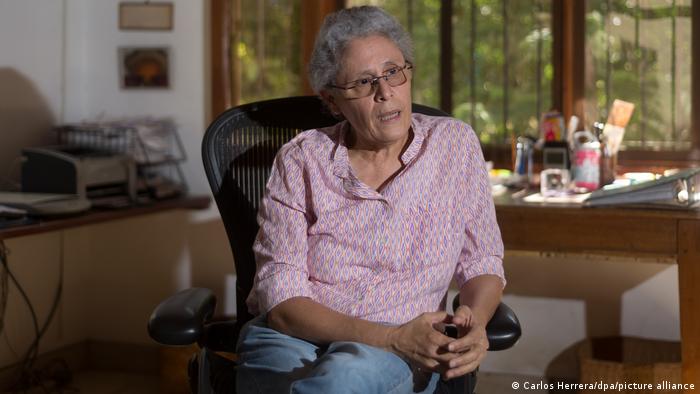 After Somoza was ousted, Tellez served as Ortega's health minister in the new Sandinista government from 1979 to 1990, before splitting with him to form the MRS.

In recent years, Tellez has become a vocal critic of the Ortega government, slamming its bloody clampdown on the 2018 demonstrations calling for his resignation. The government action claimed more than 300 lives, according to rights groups.

What are they charged with?

Police said those arrested were being investigated for "acts that undermine independence, sovereignty, and self-determination, [and] inciting foreign interference in internal affairs," among other crimes.

The charges stem from a recently enacted law that classifies as treason any support for sanctions against officials in the Ortega regime. The law allows the government to unilaterally declare citizens "terrorists" and "traitors to the homeland," in addition to banning them from running for public office.

If convicted, they could face prison terms of up to 15 years.

Who else has been arrested?

Four potential challengers of Ortega were arrested earlier this month.

Felix Maradiaga and Juan Sebastian Chamorro, both seeking to run against Ortega in the November election, were taken into custody on June 8.

Before that, Arturo Cruz and Cristiana Chamorro were also arrested, sparking a domestic and international outcry over the crackdown.

Chamorro, a 67-year-old journalist and daughter of former President Violeta Barrios de Chamorro, was widely seen as a possible candidate who could rally a fractured opposition against Ortega. 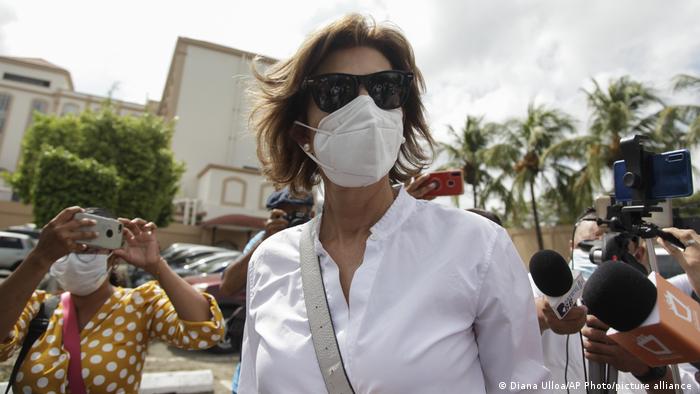 How has the US reacted?

Julie Chung, the US State Department's acting assistant secretary for Western Hemisphere affairs, called the arrests "arbitrary" and denounced Ortega's "campaign of terror" in a tweet.

"OAS [the Organization of American States] members must send a clear signal this week: enough repression. The region cannot stand by and wait to see who is next," she said.

The US has also slapped sanctions on dozens of Nicaraguan officials and Ortega's allies.

How did Ortega come to power?

Ortega, an ex-guerrilla, led Nicaragua from 1979 to 1990 after overthrowing Somoza. He again returned to power in 2007 and has since won two reelection bids, sidestepping term limits.

Since 2018, he has faced a political crisis triggered by massive protests against the policies of his government.

He is yet to confirm that he will seek a fourth term but is widely expected to run.

Nicaraguan farmers get a monetary jolt from coffee

Certified coffee could help Nicaraguan farmers compensate for low global prices. But retraining them and implementing the program is a lengthy and costly process.