The governing National Party in New Zealand has been sued by the publishing company of rapper Eminmen for copyright infringement. The party is accused of illegally using Eminem's song "Lose Yourself" in a campaign ad. 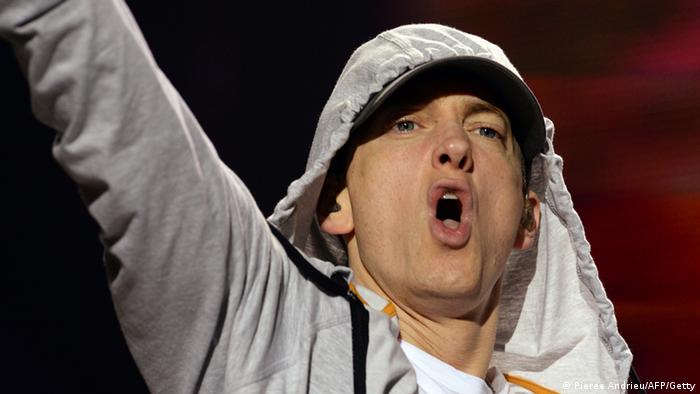 The New Zealand Justice Department confirmed on Tuesday that the Detroit-based publisher representing rapper Eminem had filed a suit against the National Party for copyright infringement.

A #link:http://www.youtube.com/watch?v=2dAMmLpVFHI:television ad for the party# ahead of a general election on September 20 depicted a team of rowers which represented New Zealand "heading in the right direction" under the party's leadership. Music playing under a spoken voiceover resembles Eminem's hit song "Lose Yourself" from the 2002 movie "8 Mile."

"It is both disappointing and sadly ironic that the political party responsible for championing the rights of music publishers in New Zealand ... should itself have so little regard for copyright," said Joel Martin, a lawyer representing two publishing companies that filed the suit. "We do not hesitate to take immediate action to protect the integrity of Eminem's works."

The National Party claimed it had purchased the music from a music supplier called Beatbox, based in Australia and Singapore, and that the music was originally published by Spider Cues Music, a well-established Los Angeles-based provider of music to the film and entertainment industry.

"The National Party completely rejects the allegation that the library music used in its early campaign advertisements is a copyright infringement of any artist's work," the party said in a statement. "As with all works licensed by the Beatbox library music service, the National Party was assured the music in question did not infringe any copyright and was an original work."

The party added that it had stopped using the music in the ad two weeks ago, but legal action was still taken by Eminem's publishers despite the fact that "the work in question has been licensed multiple times both in Australia and New Zealand without issue or complaint."

"It appears though that the National Party is the only organization that has used this material that is being legally targeted," the party statement said.

Eminem's publishers have taken legal action to protect the rapper's songs in the past, which included litigation against Apple for using a song in an ad without permission.