New Zealand has suspended its extradition treaty with Hong Kong in protest at a controversial security law Beijing has imposed on the territory. Canada, Australia and the UK have already announced similar measures. 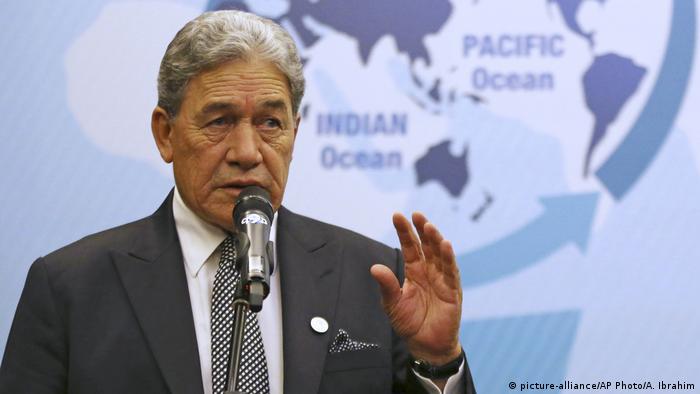 New Zealand announced Tuesday it will follow the lead of its intelligence allies by suspending its extradition treaty with Hong Kong. The move comes in response to China passing a sweeping new security law for the semi-autonomous territory.

New Zealand is the final member of the "Five Eyes" intelligence-sharing alliance to take such action after the US, Australia, Canada and the UK previously announced similar measures.

China is New Zealand's biggest trade partner and in the past Wellington has often tried to avoid direct political confrontation with Beijing.

But New Zealand's Foreign Minister Winston Peters said the new Hong Kong law went against commitments China had made to the international community.

"New Zealand can no longer trust that Hong Kong's criminal justice system is sufficiently independent from China," Peters said in a statement.

He said there would be other changes to the relationship. New Zealand would now treat military and technology exports to Hong Kong in the same way as it treats such exports to China, he said, and had updated its travel advice to warn New Zealanders about the risks they faced under the new law.

China says the new security law is needed to combat terrorism and separatism and prevent Hong Kong from becoming a base for undermining Chinese state power. In general, cases would be tried in Hong Kong, but the law allows for mainland jurisdiction in some circumstances.

There was no immediate response from the Chinese embassy in Wellington, but it warned earlier this month that attempts to pressure Beijing on the security law would amount to "gross interference in China's internal affairs".

China accused the UK of interfering in its internal affairs after Britain suspended its extradition treaty with Hong Kong. The move marks a further decline in UK-China ties.