New Zealand's Prime Minister has led tributes to the 185 people killed in an earthquake in the city of Christchurch one year ago. New Zealanders have observed a two minute silence to mark the moment the quake struck. 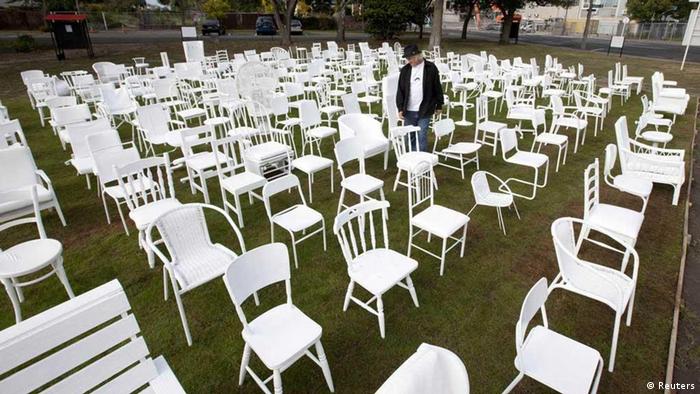 New Zealanders observed a two minutes silence at 12:51 on Wednesday (10:51 p.m. Tuesday GMT) to mark the anniversary of a deadly earthquake which struck Christchurch one year ago.

Prime Minister John Key led a memorial in the city to the 185 people who died in the 6.1 magnitude quake.

It was "one of our darkest days," Key told mourners at a service in Christchurch's Latimer Square, which was used as a makeshift medical centre on the day of the quake.

"It will also be a day when, at the worst of all times, the best of the human spirit was on display. That spirit is something no earthquake can take away," he added

The prime minister also acknowledged frustration among many Christchurch residents at delays to a $30-billion-NZD (18.9-billion-euro, $25-billion) rebuilding program which was set back by aftershocks in June and December which caused further damage.

Thousands of residents lost their homes when downtown Christchurch was all but destroyed by the quake on February 22.