In a landmark case, the court of appeal ruled New Zealand's justice minister must address the evidence of torture in China. The ruling would "resonate throughout the common law world," the plaintiff's lawyer said. 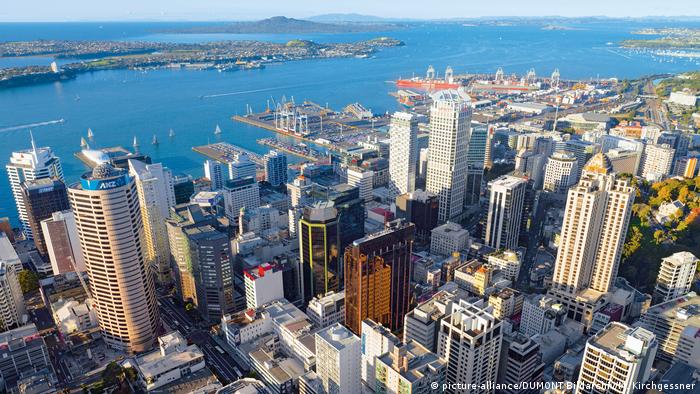 The Court of Appeal issued its judgment on Tuesday for a China extradition case dating back to 2011. In the first case of its kind between the two countries, the decisions of the Justice Ministry have been quashed and will have to be reconsidered.

Overturning decisions to grant extradition to China of a Korean citizen living in New Zealand by then Justice Minister Amy Adams, the court cited the "difficulty that exists in obtaining assurances adequate to meet the risk of torture in a country where torture is illegal yet remains widespread because of cultural and systemic features of the PRC (People's Republic of China) criminal justice system."

Adams twice approved extradition, after China gave assurances the accused would not be executed.

However, the court ruled that the minister had not gone far enough: "New Zealand has obligations under international law to refuse to return a person to a jurisdiction in which they will be at substantial risk of torture or where they will not receive a fair trial," Justice Helen Winkelmann of the Court of Appeal said on Tuesday.

The citizen in question is Kyung Yup Kim, accused of murdering a 20-year-old woman while on vacation in Shanghai in 2009. He was kept in detention for five years before being allowed electronic bail in Auckland.

His lawyer, Tony Ellis, issued a statement on Tuesday saying the court's decision was an important one: "It is a judgment that has profound human rights importance that will resonate throughout the Common Law world — it is not just important in New Zealand."

Ellis said the current Justice Minister Andrew Little would have a difficult task given the "profound and important questions posed by the Court of Appeal."

The case takes on an added regional significance because of the extradition law being passed through the Hong Kong assembly, despite a protest by a million people.

The decision comes as Western governments are increasingly wary about possible Chinese espionage through Huawei. New Zealand mobile provider Spark said it would still roll out 5G by July 2020. (28.11.2018)

New Zealand's deputy premier has spoken of "strategic anxiety" in the Pacific in a seeming allusion to China's increasing clout in the region. But Australia says it welcomes any "productive" investment. (02.03.2018)