The German Echo Awards, like the Grammys, are among the world's most prestigious music prizes. On May 5, the first-ever Echo for jazz is awarded to the Vijay Iyer Trio from New York. 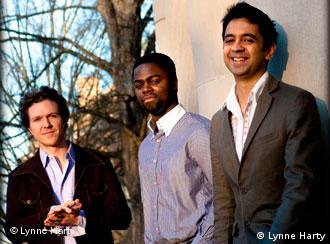 The Vijay Iyer Trio are pioneers for the ECHO jazz award

It's the first time the German record industry will present the Echo distinctions - until now monopolized by the pop and classical sectors - for jazz, a genre which has been growing in popularity over the past few years.

The Vijay Iyer Trio, with Stephan Crump on bass, Marcus Gilmore on drums and bandleader Vijay Iyer on piano, rocked the jazz scene last fall with their new album "Historicity." It was hailed by critics on both sides of the Atlantic as the best jazz CD of 2009.

Still, the band was surprised to be selected for the jazz Echo Award just months later. They weren't only selected by an expert jury, but also by the music-loving public as reflected in record and down-load sales.

"It's nice to know that there is both a critical embrace and an audience embrace sort of working together," said Iyer.

From math to music 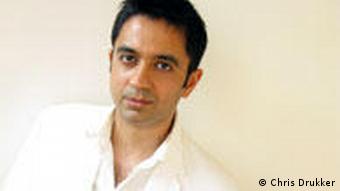 Iyer links the rational with the emotional in his music

Band founder Vijay Iyer is multi-talented. Born the son of Indian immigrants to the US, he grew up playing classical violin. He studied mathematics and physics at Yale University and graduated from the University of California at Berkeley with a doctorate in arts and technology.

During his student days he started playing piano, jammed in jazz clubs, and began exploring composition. For him, music became the powerhouse of creativity and the means of self-expression that he had been searching for. But the mathematician in the musician remained.

The trio's album combines mathematical with spiritual and emotional elements - which Iyer said don't contradict each other but have always coexisted in music.

The bedrock of jazz

This synthesis of mathematical perfection and deep spirituality has underpinned Vijay Iyer's works since the late 1990s. He has composed for orchestras and string quartets and written ballet scores and movie soundtracks, but his heart belongs to jazz in general and his Echo-Award-winning trio in particular.

For Iyer, the genre of the piano trio has been an elemental force in the development of jazz music.

"It's something so deeply explored by so many masters, especially the pianist-composers like Duke Ellington or Herbie Nichols - people who had a vision of how music can sound," said Iyer. "I'm not caught up in displaying my own virtuosity but I'm interested in projecting a unity of intent and that's something the trio can offer."

That "unity of intent" may be difficult to define but is highly apparent when listening to the trio's music. Vijay Iyer is the composer and frontman, but when the band performs, he does not regard himself as a conductor in the classical sense. Improvisation is the life-blood of jazz, he said, but this has to be given a structure created by the composer.

"Most of the time, when I'm composing, I'm setting up a situation for things to happen, so it's more like architecture, in the sense that I want people to move around in it," said Iyer, "I want people to live and stretch out and be free inside of the space that I've created."

The audience as a creative force

When the Vijay Iyer Trio takes the stage Wednesday evening in Bochum to pick up the first-ever Echo for the best international jazz ensemble, the band says it will be sharing the award with a huge though nameless creative force that has always been behind it: its audiences on both sides of the Atlantic.

Vijay Iyer highlighted that the trio is not making music for itself in an aesthetic vacuum, but aims above all to connect with the listeners.

"This is something I think is inherent to jazz in particular because there's so much improvisation involved, there's really a sense that the music is being created just for that moment and not just for its own sake but for the force of communication and connection," said the musician.

"The more we get back from the audience, the more it impels us to push ourselves and explore and create."

Lady Gaga continued her sweep of the European awards season by picking up three German Echo awards on Thursday night. But Robbie Williams, Rihanna and Sade provided the spectacle at the music awards show. (05.03.2010)

The Vijay Iyer Trio on MySpace

Watch videos of performances by the trio.

Listen to DW report on Vijay Iyer and his trio.