New York to ban fracking due to health risks | Business| Economy and finance news from a German perspective | DW | 18.12.2014

New York to ban fracking due to health risks

New York state governor Andrew Cuomo has said an existing ban on hydraulic fracturing will be extended after a review found unresolved health risks and unclear economic benefits of the widely-used drilling technique. 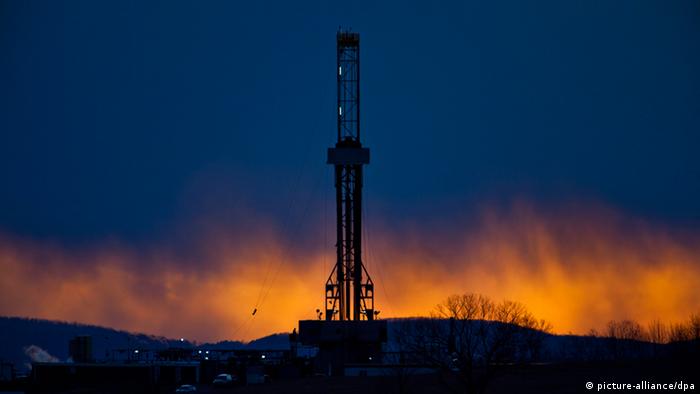 Cuomo made the announcement after Martens and Zucker presented findings of their environmental and health reviews on the controversial drilling technique on Wednesday. The report concluded that hydraulic fracturing for shale gas and oil carried "significant public health risks" that required "long-term studies" before it could be called safe.

The announcement extends a de facto New York ban on the practice, which offers the potential to unlock vast quantities of natural gas but which has come under intense scrutiny from environmentalists.

"With this announcement, the governor has listened, ... demonstrating both courage and national leadership on this critical issue," she added.

In the report, Howard Zucker likened hydraulic fracturing to "secondhand smoke," which hadn't been fully understood as a health risk until many years of scientific study had been done.

Moreover, Joe Martens noted that a number of regulatory issues in New York would make fracking "less economically beneficial than has been anticipated."

Among those he mentioned the low price of natural gas, the high local cost of industry oversight and the large areas that would be off-limits to shale gas development because of water protection and other local prohibitions.

Some US states and other countries have moved to ban certain types of fracking, although the industry contends the techniques have been in use for decades and are safe. Hydraulic fracturing allows high-pressure injections of water, sand and chemicals to blast through rock to release oil and gas trapped inside. The controversial technology has made the United States one of the biggest oil and gas producers in the world.

As a result of the ban in New York, the energy industry has claimed that the state is losing jobs and investment by not drilling into the Marcellus Shale - a huge shale rock formation underlying southern New York, Pennsylvania, Ohio and West Virginia.

New York's Department of Environmental Conservation announced it would publish a final environmental impact statement early next year, and after that issue an order prohibiting fracking.

Fracking could prolong Germany's supply of fossil fuels and make the country less dependent on imports, says the gas industry. But experts argue over whether it's worth the risk to people's health and the environment. (31.10.2014)

Plummeting oil prices have forced producers to suspend multibillion-dollar projects and call off the search for new fields. Analysts say OPEC will have to stop drilling to stabilize the market. (05.12.2014)

Beijing gets behind fracking

Most of the oil and gas needed to meet China's growing energy demand comes from crisis regions. Fracking to extract gas at home is at least as important for China as it is for the USA, writes DW columnist Frank Sieren. (11.07.2014)