Organizers of the annual LGBT+ Pride parade say police officers should stay a block away from the celebration as their presence may be "threatening." The move has been criticized for appeasing an activist minority. 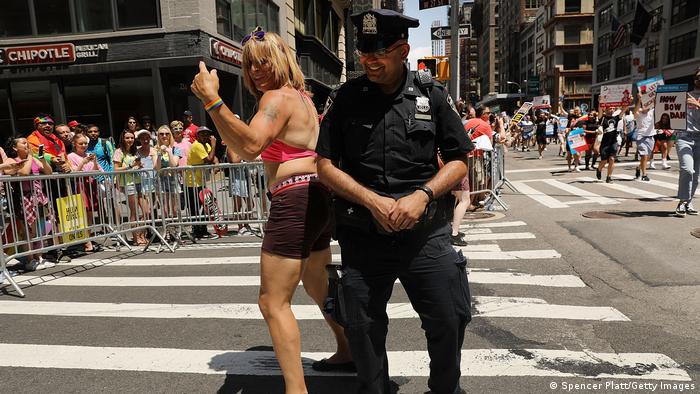 Officers from the New York Police Department will be banned from marching in the US city's annual LGBT+ (lesbian, gay, bisexual, transgender) Pride parade next month.

Why are police officers banned?

Organizers said they were taking action over concerns that a strong police presence may be "threatening" to some attendees.

"The sense of safety that law enforcement is meant to provide can instead be threatening, and at times dangerous, to those in our community who are most often targeted with excessive force and/or without reason,'' the group said.

Organizers added that they would seek to have police officers remain a block away from the celebrations on June 27.

Instead, private security would be arranged to provide first response support in case of crowd trouble and police would be asked to attend "only when absolutely necessary as mandated by city officials.''

Organizers also called on police to "acknowledge their harm and correct course moving forward," — a reference to the police brutality that was brought to light by the killing of George Floyd by a Minneapolis police officer in May 2020. 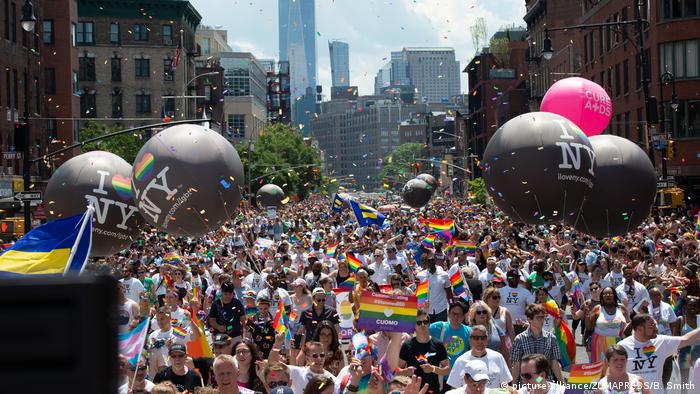 The last New York Pride Parade took place in 2019. Last year's celebrations were canceled due to the COVID-19 pandemic.

How has NYPD responded?

A spokeswoman for the New York Police Department insisted officers would still attend "to ensure traffic safety and good order during this huge, complex event.''

Detective Sophia Mason called the decision "disheartening," adding that it "runs counter to our shared values of inclusion and tolerance."

She said that the department's "annual work to ensure a safe, enjoyable Pride season has been increasingly embraced by its participants.''

The Gay Officers Action League (GOAL), which represents LGBT+ officers and promotes positive relations between police and LGBT+ communities, said the ban was an "abrupt about-face ... to placate some of the activists in our community" and labeled the decision "shameful."

GOAL said its members had been at the frontline of every police reform and policy revision in recent years that impacted LGBT+ communities. As a result, it said, NYPD had improved procedures and training to ensure officers respect diversity.

This year's New York Pride theme is "The Fight Continues," which organizers say reflects the many battles LGBT+ communities are fighting, including police brutality, human rights, the high murder rate for transgender people of color, and economic hardship — partly as a result of the COVID-19 pandemic.

Last year's celebrations were canceled due to the health emergency, which meant that LGBT+ communities were unable to mark the 50th anniversary of the first Gay Pride parades and marches in Chicago, Los Angeles, New York and San Francisco in 1970.

Those marches came a year after the 1969 Stonewall uprising outside a Manhattan gay bar, in response to a police raid. The demonstrations were largely credited with fueling the modern LGBT+ rights movement.

In 2019, the New York Police Department commissioner apologized for the raid, calling it "wrong, plain and simple.''