A federal judge in New York has insisted on non-stop negotiations for Argentina to avert its second default in 13 years. A court hearing only added to the precariousness surrounding a deadline later this month. 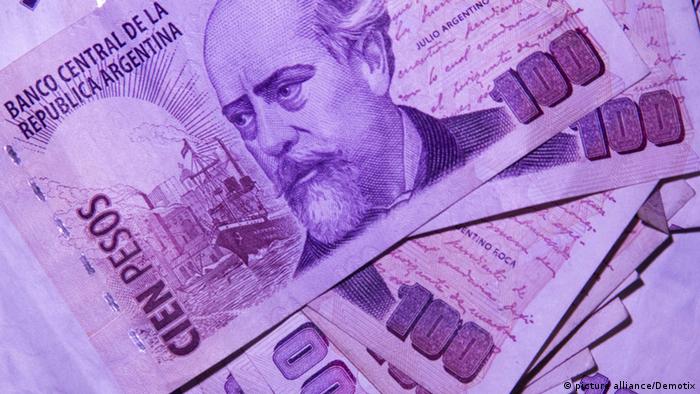 A US judge overseeing Argentina's debt restructuring ordered on Tuesday government negotiators, holdout investors and a court-appointed mediator to engage in round-the-clock negotiations until a deal was reached.

District Judge Thomas Griesa heard a range of requests over how to enforce his recent ruling requiring payment of $1.33 billion (983 million euros) plus interest to holdout investors.

Argentina has until July 30 to settle the case or face its second default since 2001. The mediator requested the parties meet on Wednesday morning in New York.

The bondholders in question are US hedge funds that rejected Argentina's restructuring offer following its record $100-billion default 13 years ago.

Thomas Griesa had blocked US banks from letting Argentina pay the vast majority of its bondholders who accepted lower-valued assets unless it paid the US hedge funds.

Argentina had argued that if the judge did not stay his ruling ordering payment, a settlement was not possible. The country said that if it paid the holdouts, it would open the door to additional liability that could cost billions.