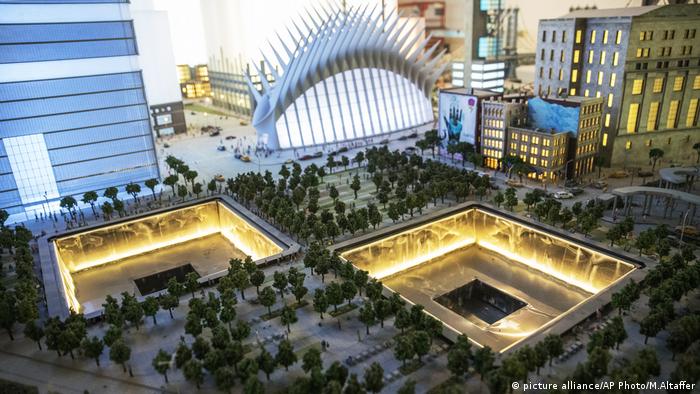 Four years in the making and now open for previews just off Times Square, Gulliver's Gate hopes to draw a million visitors a year to its Lilliputian-style world crafted by hundreds of artists around the world. Where else can you find Mecca, the Taj Mahal, the Panama Canal and the Beatles walking across Abbey Road under one roof? Not to mention China's Forbidden City, Brazil's Christ the Redeemer statue and Jerusalem's Old City. There is to be an interactive airport, with planes taking off and landing, miniature trains zipping up and down tracks, 10,000 vehicles and a gondola gliding along a glassy green Grand Canal in Venice. Manhattan is displayed in astonishing detail: famous landmarks alongside paramedics attending an accident, families relaxing in living rooms behind apartment windows and a Louis Vuitton store. 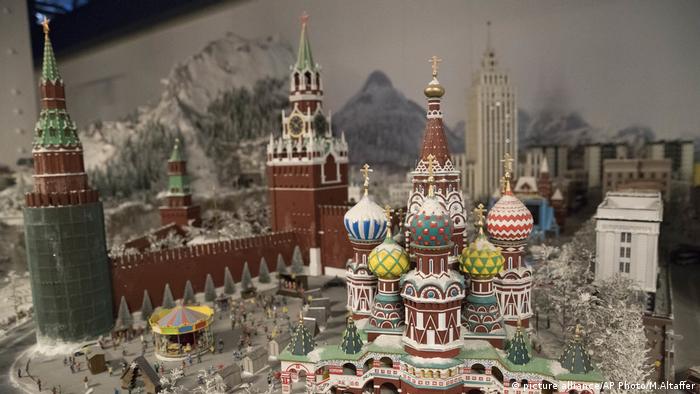 Saint Basil's Cathedral and the Kremlin

In London, visitors can listen to Adele, The Clash or the Beatles at an outdoor  concert complete with a TV screen, flashing lights and parkland thumping up and down as the miniature crowd enjoy the music. "Incredible!" said Nathaniel Deutsch, 64, an attorney based in Washington, in New York to catch some shows on Broadway as he looked round. "This is fantastic, I have goose-bumps. It's amazing." But it opens as NYC & Company, the official marketing organization for New York, predicts 300,000 fewer international visitors in 2017 in the wake of President Donald Trump's attempted travel bans "and related rhetoric" - which would be the first decline since 2008 and the global financial crash. Paris with the Seine river

America's cultural capital is stuffed with iconic attractions from the Statue of Liberty to the Empire State Building and Broadway, not to mention dozens of museums, Central Park, the Brooklyn Bridge and Times Square.

To put Gulliver Gate's hopes into context, the Metropolitan Museum of Art last year received a record 6.7 million visitors. "It's just the beginning," co-founder Michael Langer told by email, saying that the inspiration came from Miniatur Wunderland in Germany, which calls itself the largest model railway in the world. "Our team is already in the process of developing new regions and countries to add... There is much more to come," said Langer. 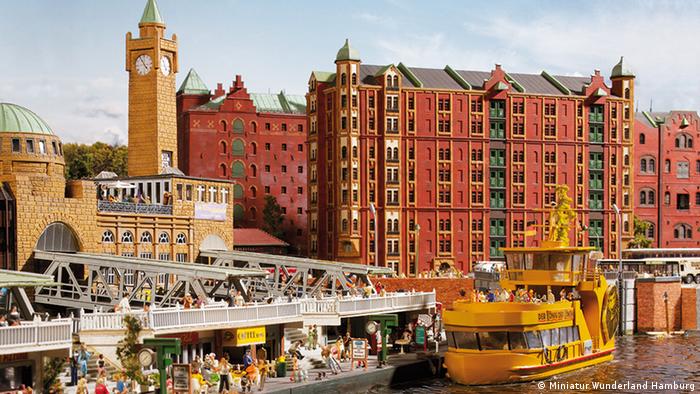 For an extra $44, on top of the entry fee, visitors can get scanned and have a 3D replica of themselves placed alongside the roughly 100,000 miniature figures already in the exhibit.

It is the work of artisans from all over the world: teams in New York, Argentina, Jerusalem, Beijing, Italy and Saint Petersburg modeled their regions - the Russian Winter Wonderland including the Sochi Olympic ski slopes. "You've got a lot of competition, but I've never seen anything like it," said retiree and radio personality Michael Rubin, 67, one of those taking advantage of marginally cheaper ticket prices ahead of the May 9 launch. "I love it," said nanny Meggie Sullivan.

The world's largest model railway can be found in Hamburg's Speicherstadt district. Through a survey by the National Tourist Board, foreign visitors voted it Germany's most popular tourist destination. (05.10.2016)

What began as a whacky idea has become a tourist magnet - the Miniatur Wunderland in Hamburg is to open a new "Bella Italia" area as part of the world's largest model railway. (28.09.2016)