More than 20 million migratory birds are illegally killed and traded in the Mediterranean basin each year. A new UN task force has been set up to tackle the problem. We asked coordinator Carmen Naves to tell us more. 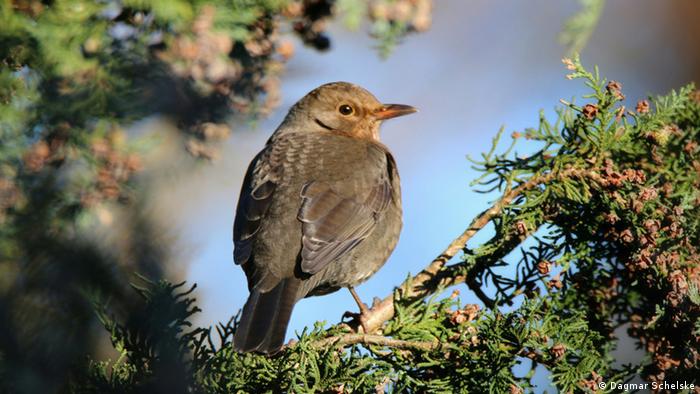 Migratory birds fly millions of miles between their breeding grounds and winter homes. But upon arrival to Europe, some meet an unpleasant end at the hands of hunters, who kill millions of waterbirds, songbirds and raptors each year.

Now, the United Nations Convention on Migratory Species has established a task force to protect these birds - some of which are already endangered. The task force has just wrapped up its first meeting ever, in Cairo.

DW: How will the new task force work to tackle illegal bird hunting?

Carmen Naves: It's composed mainly of government officials, a representative from each of the coastal countries in the Mediterranean, and also a number of observers, including international organizations, NGOs, United Nations agencies, etc. It will basically focus on law enforcement and it will provide the means for the countries to tackle illegal killings of birds in their own countries.

Which birds in particular are we talking about? 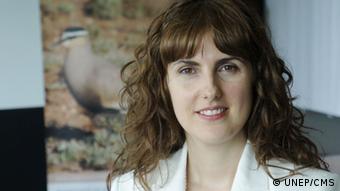 Carmen Naves is the coordinator of the new intergovernmental task force

There are a number of species affected. All of them are migratory birds, which migrate particularly in autumn and spring. In autumn they migrate from Europe to Africa, and then in spring they travel back to Europe in order to breed. According to a study by Birdlife International, an estimated 25 million migratory birds are killed every year. And that's only a modest estimation.

That's a very high number. Are we talking about birds being deliberately killed or birds killed because they hit power lines or are involved in some kind of accident?

No, we are talking about deliberate killings, a deliberate action that goes against international legislation. 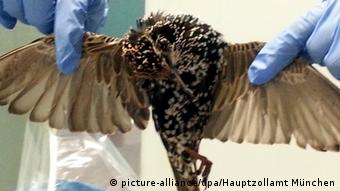 Different methods of killing the birds are being used, including trapping with mist nets. These are nets that are placed right on the coast next to the sea. The birds are not able to see them. It's an easy way of catching a large number of birds. The birds are caught in the nets then usually die very slowly and painfully.

There's also a gluing method. It's a type of glue taken from trees and then spread onto the branches of trees so that birds get trapped. Again, it's a very painful and slow method of killing birds. Some birds are also shot.

So why are people doing this?

There are several reasons. For one, there is a commercial purpose and subsistance reason - people hunt these birds either food or to sell them as cage birds. In the Mediterranean region high numbers of song birds trapped to be made into cage birds die in the process so they are particularly affected by this problem.

There's also a cultural component. Hunting birds has been a traditional practice for centuries. In many countries in the region it's like a sport. 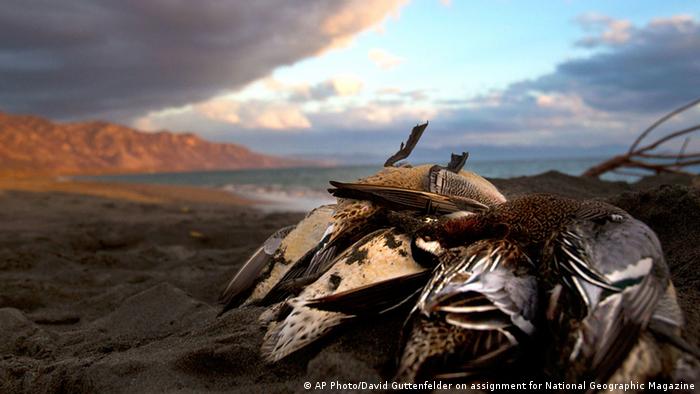 More than 25 million migratory birds are killed every year, according to a new study by BirdLife International

The task force is looking at the legal aspects, but there are also actual volunteers going out trying to catch these people. How does that work?

This is to strengthen action from the police forces. We need urgent action at the moment because of the high numbers of migratory birds that are being killed every year.

The task force will also help the training of judges and police officers - this is also important to increase penalties.

Carmen Naves is coordinator of the Intergovernmental Task Force on Illegal Killing, Taking and Trade of Migratory Birds in the Mediterranean.

Humans have long been fascinated with the annual comings and goings of birds. But their journeys can be tough and perilous. On World Migratory Bird Day we take a look at some of the dangers faced by birds on the move. (10.05.2016)

South for the winter, north for the summer - that's the migration pattern for many birds. This behavior is changing - to the delight of birdwatchers. But what does it mean for our feathered friends? (17.03.2016)