The new orders will allow agents to deport almost all undocumented immigrants anywhere in the United States. An increase in the number of US immigration agents is also planned.

The orders have widened the net for deportations. Nearly all of the United States' 11 million illegal immigrants can be subject to deportation under the Trump administration's new immigration guidelines released on Tuesday.

The measures are part of Trump's wider security plan and reflect his campaign promise to crack down on undocumented immigrants, who he accused of bringing violent crime to the country and hurting the nation's economy. Drafts of the memos were leaked over the weekend.

"The surge of illegal immigration at the southern border has overwhelmed federal agencies and resources and has created a significant national security vulnerability to the United States," said John Kelly, the Secretary of the Department of Homeland Security (DHS), in one of the two memos issued by the department to immigration officials.

The two guidelines mark a significant overhaul of deportation policies under President Barack Obama. Under the previous president, illegal immigrants not linked to serious crime were deemed a low priority and were not targeted for deportation.

Both the Obama and George W. Bush administrations also attempted to create an immigration framework that would allow long-term undocumented immigrants to remain in the United States. 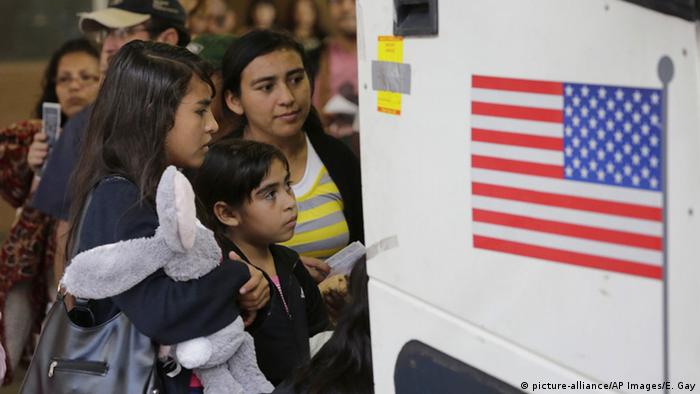 The new memos outline blanket policies aimed at nearly all undocumented individuals: "With extremely limited exceptions, DHS will not exempt classes or categories of removal aliens from potential enforcement."

The new memos pave the way for mass deportation that critics say will uproot families and damage economies.

"All of those in violation of the immigration laws may be subject to enforcement proceedings, up to and including removal from the United States," the orders stated.

However, the new guidelines do not reverse protection for some 750,000 "dreamers" - those who came to the United States illegally as children.

'Take the shackles off'

The orders also provide for the hiring of 15,000 more immigration officials within two agencies: Customs and Border Protection (CBP) and Immigration and Customs Enforcement (ICE). Under the new rules, ICE may also detain migrants who are awaiting court decisions on their asylum status. 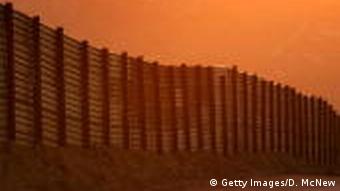 The orders call for immediate start to border wall planning.

Many sections of the orders depend on Congress or involve negotiations with Mexico before they can be implemented. One example is the plan to return non-Mexican illegal immigrants back to Mexico while they await their a decision on their immigration status from US courts. Mexican officials said this would be impossible due to treaties between the neighboring nations.

The DHS released the memos one day before US Secretary of State Rex Tillerson and Homeland Security Secretary John Kelly were scheduled to meet Mexican President Enrique Pena Nieto and other officials in Mexico.

Pena Nieto canceled a January meeting with Trump in Washington after the US president demanded that Mexico pay for a border wall. The new memos also call for planning action to begin immediately for the wall along the US-Mexico border.