Russia is marketing its first post-Soviet luxury limousine under the Aurus brand, a car used by President Vladimir Putin at his inauguration last year. But can the Russians break into the lucrative market? 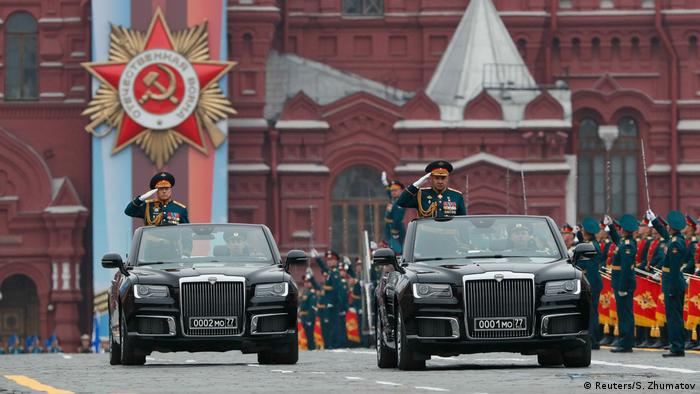 Dubbed the Putin limo, the Aurus Senat is a Russian-built limousine in the shape of the famous ZIL sedan that once carried Soviet leaders. The car, reminiscent of a Rolls-Royce limo, isn't officially based on any existing model, but it is said that German companies Porsche Engineering and Bosch were key advisors.

Putin's limo is 23 feet (7.5 meters) in length and is priced at 18 million rubles ($274,000, €242,000). And at that price, Aurus is targeting customers mainly in North Africa and the Middle East and China. Aurus CEO Adil Shirinov said potential customers were not only government officials but also businessmen.

The Russian state has invested a lot in the project, both financially and in terms of brand credibility. Industry and Trade Minister Denis Manturov said Moscow invested 12.4 billion rubles in the project since 2013.  "We believe the audience will be quite wide," Manturov told reporters. Russian President Vladimir Putin was driving the new Aurus Senat limousine to his inauguration ceremony at the Kremlin in Moscow on May 7, 2018

The minivan and the SUV Komendant are at the testing stage, Manturov said, while a hybrid or fully electric version of the limo is also expected by 2024-2025. There will also be an extended sedan and a shortened limousine.  "I hope to see the latter at the Moscow International Automobile Salon in 2020," Manturov added.

The lineup is also set to expand with the expected additions of an 800-hp V12 and a smaller 2.2-liter turbocharged 255-hp powertrain.

The cars are being designed by a research institute known by the acronym NAMI in partnership with Russian carmaker Sollers.

The global luxury car market is expected to rise from its initial estimated value of $101 billion in 2018 to $246 billion by 2026, due rising levels of disposable incomes, according to Databridge.

But others are less optimistic. Sales of premium cars probably have peaked globally, threatening the business model of Germany's luxury automakers, according to analyst Philippe Houchois, managing director of Jefferies Group. Houchois said he was "neutral" on all three German automakers.

In the luxury segment, carmaker BMW has been beaten to the top premium spot by its German rival Mercedes-Benz for the past three years.

Behind the top three from Germany, including also Audi, the UK's Jaguar Land Rover sales slipped 4.6% to 592,708 in 2018 as the brand struggled in China.

Premium automakers need to rethink their strategy, Houchois said. "If I'm right [that] premium demand has reached a peak, then there must be a reinvention of the premium business model," he said.

The challenges of electrification and additional cost of making vehicles that reduce carbon dioxide have damaged their business model.