The acting US defense secretary told armed forces personnel that "all wars must end." But he left many scratching their heads by also saying the US should not fail to see through the fight against al-Qaida. 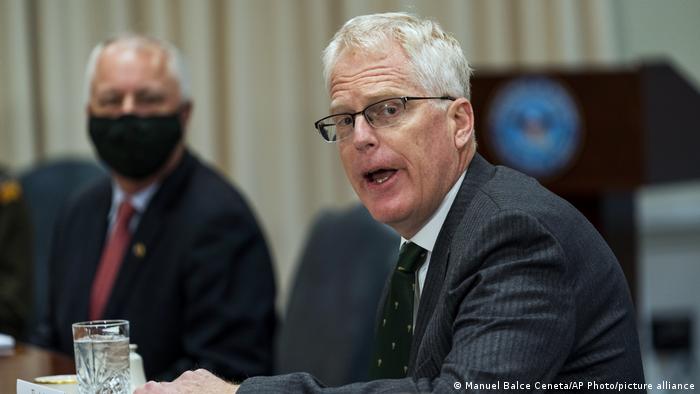 Newly appointed Pentagon chief Christopher Miller on Saturday signaled that he might accelerate the withdrawal of US forces from Afghanistan and Iraq, in line with President Donald Trump's pledge to end US involvement in foreign wars.

"We met the challenge; we gave it our all. Now, it's time to come home," the acting defense secretary said in his first remarks to the US armed forces.

"We are not a people of perpetual war — it is the antithesis of everything for which we stand and for which our ancestors fought. All wars must end."

Miller, a former US special forces officer and counterterrorism expert, was appointed by Trump on November 9, two days after the president lost his reelection bid.

Miller is the fourth defense secretary that Trump appointed during his term.

"Many are weary of war — I'm one of them — but this is the critical phase in which we transition our efforts from a leadership to supporting role," the acting defense chief said, without mentioning specific US deployments.

His reference to al-Qaida, however, pointed to the US involvement in Iraq and Afghanistan, where troops have been stationed since the September 11 attacks.

"This war isn't over. We are on the verge of defeating al-Qaida," he said, adding that the US "must avoid our past strategic error of failing to see the fight through to the finish."

Trump had previously vowed to bring all US troops stationed in Afghanistan back home by Christmas. His national security adviser Robert O'Brien has said the goal is to cut the number of troops down to 2,500 by February.

Former-Defense Secretary Mark Esper had cut US deployment in Afghanistan by two-thirds since the Trump administration signed a peace deal with the Taliban. However, he said the US will maintain a presence of about 4,500 troops until the Taliban followed through on their promise to reduce violence.

Donald Trump has pardoned two Army officers accused of war crimes, one of whom was still set to stand trial. The US president also restored the rank of a Navy SEAL convicted of posing with a dead "Islamic State" captive.