One of the largest private art collections in the world is going to be housed at a new Paris location. French billionaire Francois Pinault had spent decades trying to find the right venue for his collection. 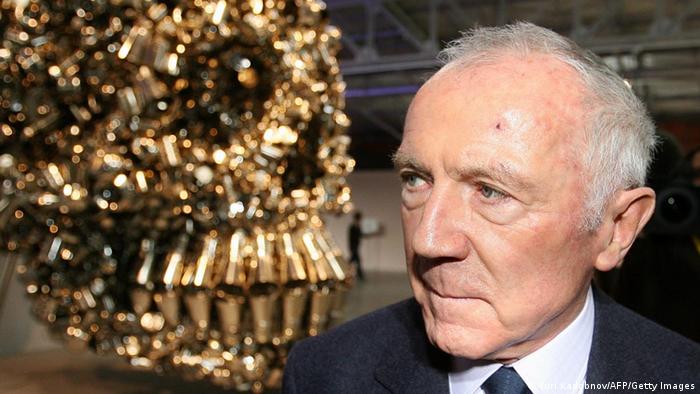 The owner of the famous auction house Christie's, Francois Pinault, is planning to move his private collection of modern and contemporary masters to the Bourse de Commerce, just a few blocks away from the Louvre museum in Paris and roughly as close to the Centre Pompidou. Paris' Mayor Anne Hidalgo announced the move Wednesday (27.04.2016).

The building, which served as Paris' historic grain exchange, has been leased to Pinault for the next 50 years as past of regeneration project to the tune of one billion euros ($1.1 billion).

For decades, Pinault had not managed to find a location in the French capital, resorting to showing his collection of art in Venice museums instead.

The 79-year-old French billionaire has been described as "the most powerful person in the art world" and his private collection includes more than 4,000 works of art, including masterpieces by Mark Rothko, Jeff Koons and Damien Hirst. It has been valued at 1.2 billion euros.

The French capital's Mayor Anne Hidalgo described the museum as "an immense gift to the heart of Paris."

"I am delighted, it's a big plus for the city," Hidalgo told the French news agency AFP. Hildalgo, who helped to negotiate the deal, added that the new museum would be positioned only a few hundred meters from Europe's biggest contemporary art collection at the Centre Pompidou, near the recently reopened Les Halles complex.

The German news agency DPA reported that Japanese architect Tadao Ando would be in charge of all refurbishment works at the Bourse de Commerce site and that the building work alone would cost 100 million euros ($113 million).

The new museum is scheduled to open in late 2018.

For 40 years, Arnold Odermatt worked as a photographer for the Swizz police. His car crash fotos are awesome and awful at the same time, and are now considered works of art. (25.04.2016)

Love him or hate him, with his tattoos and heavy jewelry, artist Markus Lüpertz always leaves a lasting impression. His paintings and sculptures, however, spite abstract art as color-rich masterpieces of subtly. (25.04.2016)