The man behind an attack on a US airport has died. Police praised the police officer who stopped him from carrying out a potentially deadly assault on airport security agents. 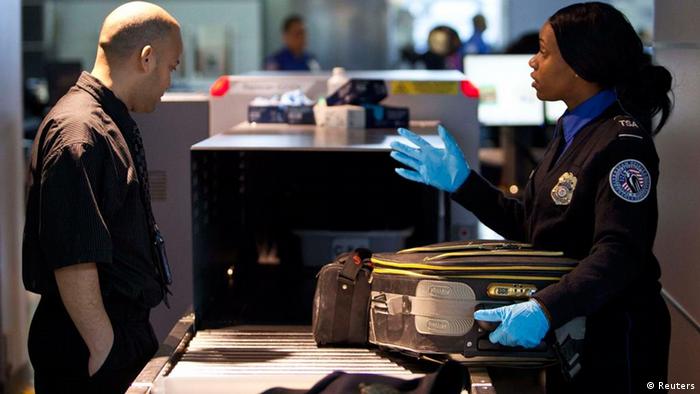 The man entered the airport on Friday evening brandishing pesticide and a machete. After spraying the toxic substance at Transportation Security Agents (TSA), he began wielding the large knife in a further attempt to harm security employees.

One of the personnel whose life was endangered by the incident praised the quick response of a sheriff's officer, Heather Slyve, who stopped White after shooting him three times.

"She probably saved my life because he was within inches of whacking me," TSA agent Carol Richel told reporters at a press conference in New Orleans. "She saved a lot of people's lives. This man was swinging very hard with the machete."

The sheriff of Jefferson Parish, Newell Norman, told the press that the assailant had been carrying six Molotov cocktails in a bag when he entered the airport. Police later found tanks of acetylene, freon and oxygen in White's car.

"We have been able to determine that there is a mental illness component here," Norman said, adding: "No one at this point in time has any notion of what triggered this behavior."

Parts of Los Angeles International Airport (LAX) have been evacuated after a shooting inside Terminal 3. Officials say the gunman was taken into custody with injuries. The incident has caused major flight disruptions. (01.11.2013)