A controversial new law allows the government to censor access to child pornography online. But it seems unlikely that the new law will ever go into efffect. 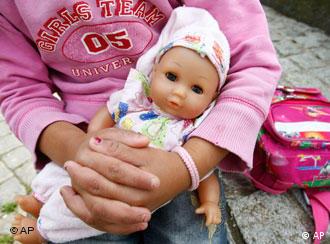 German President Horst Koehler signed a controversial measure on Wednesday that prohibits child pornography on the internet and allows the government to block access to offending websites.

However, it's unlikely the law will go into effect, as the current coalition government has no plans to censor internet access, said Justice Minister Sabine Leutheusser -Schnarrenberger. The newly signed legislation had been proposed by the previous administration but never signed.

Leutheusser-Schnarrenberger said a new arrangement was underway, which would remove pornographic websites rather than block access them.

Critics however warn that enforcing such a strategy could prove problematic, since internet servers are often located in countries where Germany has no legal aid agreements.

Opponents of the law fear that government offices could abuse the power to begin blocking other websites beyond those with child pornography, endangering freedom of speech.

A German politician is facing child pornography charges after parliament lifted his immunity. Joerg Tauss maintains his innocence, saying he was conducting research. (09.09.2009)

German ministers have agreed on measures to fight the spread of child pornography on the Internet. These require amending the country’s media law, but will not affect the constitutional right to press freedom. (25.03.2009)