Fatou Bensouda, a Gambian war crimes lawyer, has been sworn in as chief prosecutor at the International Criminal Court in the Hague. 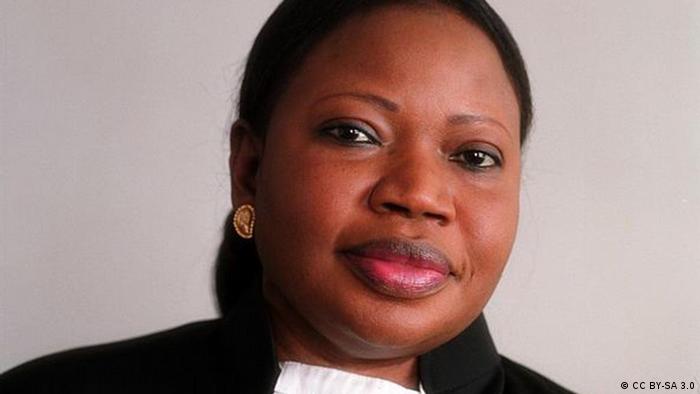 The International Criminal Court (ICC) in The Hague has sworn in Gambian Fatou Bensouda as its new prosecutor. She becomes the second person to hold the position in the ICC's history.

Bensouda, 51, had served as outgoing prosecutor Luis Moreno-Ocampo's deputy since 2004. She is the first woman and first African to head the 300-strong team of prosecutors at the tribunal.

At a ceremony in The Hague, Netherlands, Bensouda swore to perform her duties "honorably, faithfully, impartially and conscientiously."

For two years from 1998, Bensouda was Gambian justice minister and also served as attorney-general.

She has already been closely involved in investigations of atrocities such as the Rwandan genocide and the use of child soldiers in the Democratic Republic of Congo.

During her scheduled nine-year term in office, she will be tasked with trying to bring to justice alleged war criminals including Uganda's Joseph Kony, Libya's Seif al-Islam Gadhafi and Sudanese president Omar al-Bashir.

Bensouda's appointment to the ICC post comes amid frequent criticism that the court is a neo-colonial institution targeting Africans, with all the cases currently under investigation by the court stemming from African countries.

Bensouda, however, denied this in comments to journalists earlier this week.

"One thing must be clear: the prosecutor's office has never been driven by geographical considerations," she said.

"I will open new investigations in Africa if I have to, but I will not hesitate to open investigations elsewhere if the criteria of the Rome Statute are met. Being African or not is not the issue here."

The Rome Statute is the founding document of the ICC, which came into being in July 2002. It was established as the world's first permanent court to try those accused of genocide, war crimes and crimes against humanity.

It possesses no police force of its own, relying instead on the goodwill of the states that have ratified the Rome Statute.