New diversity at the Oscars?

No African-Americans were nominated for an Oscar in 2016. This year, 18 individuals from minority groups are in the running. Here's how the Academy of Motion Picture Arts and Sciences has tried to tackle its race row.

Cultural institutions in the US are facing serious questions. Who is sitting on the committees that decide on awards for the performing arts? Do these people really represent the artists, and society?

Calls for more diversity may not be new, but they took on a fresh urgency in the wake of last year's Academy Awards. After yet another year of lily-white nominees, and the #OscarsSoWhite protests and boycott, demands that the diversity visible in society be mirrored in film have only became louder. 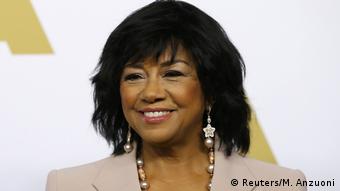 It all started last year with a passionate video appeal on Facebook on January 18 - Martin Luther King Jr. Day - when actress Jada Pinkett Smith posted the following: "Begging for acknowledgment, or even asking, diminishes dignity, and diminishes power, and we are a dignified people - and we are powerful, and let's not forget it."

By "we," the US actress meant Hollywood's African-American film artists - facing off with the Academy of Motion Picture Arts and Sciences - for the most part white.

At the time, the Academy had about 6,000 members from across the spectrum of the film industry, including producers, directors, make-up artists, audio engineers, stylists and actors. Three out of four were men, nine out of 10 were white.

Nominations for the Oscars have been revealed in Los Angeles. "La La Land," "Moonlight" and "Manchester by the Sea" are well represented - as is a German comedy. The awards will be presented on February 26. (24.01.2017)

From "Star Wars" actor John Boyega to Emma Watson of "Harry Potter," from Ice Cube to Tina Fey, the Academy of Motion Picture Arts and Sciences members' invitation list is longer - and more diverse - than ever. (30.06.2016)

#OscarsSoWhite: Is Hollywood part of a much bigger problem?

After an onslaught of criticism from Hollywood stars and film fans over lack of diversity at the Oscars, the Academy promised to reform itself. But critics say the changes don't go far enough in addressing racism. (23.02.2016)

Boone Isaacs did her best to promote inclusion when she took over the presidency in 2013. The outcry in 2016 was reason enough for an immediate, radical makeover: Academy membership is no longer lifelong but limited to 10 years, and members who are not involved in new film projects during that time lose their voting rights. The Academy also added 638 new members to its voting body - explicitly with an eye on diversity.

The changes have been reflected in this year's nominations. This year, the nominations are much more diverse. Denzel Washington ("Fences") and Ruth Negga ("Loving") are both up for awards in the best actor/actress categories.

In addition, black filmmakers have been nominated for the first time in the field of cinematography and editing. All good, then? Well, not so fast: artists of Latin American and Asian origin are still missing when it comes to the Oscars.

There's still far to go - particularly when it comes to the representation of other minorities. Click through the above photo gallery to find out more about this year's nominees ahead of Oscar night on Sunday.

No African-Americans were nominated for an Oscar in 2016. This year, 18 minorities are in the running. Here's how the Academy of Motion Picture Arts and Sciences has tried to tackle its race row. (24.02.2017)