Voters in the Indian capital, New Delhi, have been casting ballots in local elections seen as a test of the popularity of the ruling Bharatiya Janata party under PM Narendra Modi. Corruption is a key issue at the polls. 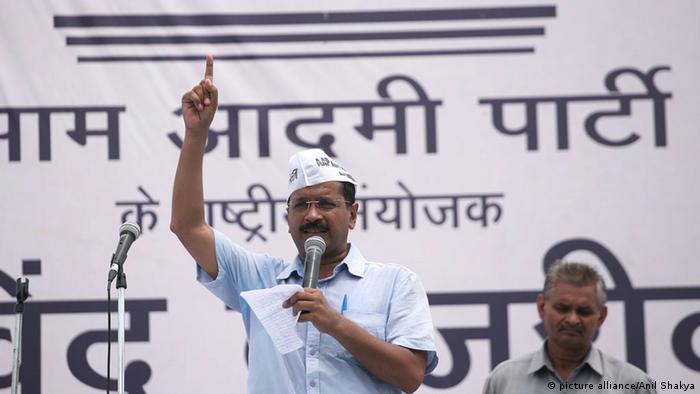 More than 13 million people are eligible to vote in the poll to select representatives from a field of 673 candidates to fill the city's 70 legislative assembly seats. Some 50,000 police and paramilitary personnel have been deployed throughout New Delhi to ensure that voting is carried out peacefully.

As they cast their ballots, both main candidates displayed confidence that they would emerge victorious from the elections.

"People want a corruption-free and bribery-free Delhi and I'm hopeful they will vote accordingly," said Kejriwal, who resigned as chief minister of the city last year after just 49 days in the post.

"I am confident the people will win and that the truth will win."

Bedi, a former reality TV show host, was equally positive about her chances.

"Today the people of Delhi have to decide what kind of Delhi they want: Do they want a city that is clean, safe and secure?" she said.

A defeat in the election would be the first major setback for Modi since he took office in May last year, with his BJP easily winning a string of state polls since scoring a landmark victory in national elections in May 2014. Modi himself trounced Kejriwal at the May elections in a contest for the constituency of Varanasi.

Polling stations are to close at 6 p.m. local time (1330 UTC). Ballots are to be counted on Tuesday, with results declared the same day.