A high-speed train running the Berlin-Munich route had some technical problems on its first regular day of service. The €10 billion line is intended to cut travel time between the two cities from six to four hours. 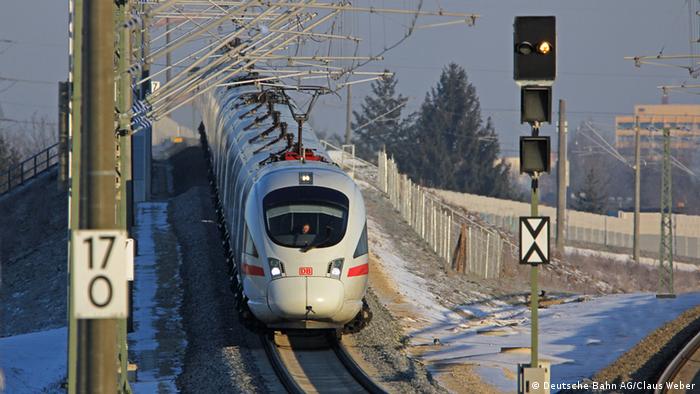 The first regular service of a new high-speed train line between Berlin and Munich launched Sunday with a few embarrassing technical problems.

One train traveling from Munich to Berlin was delayed in Nuremberg for around 20 minutes, and then needed to be diverted to a slower track.

German rail operator Deutsche Bahn said the train was moved to an older track so as not to delay the high-speed train on the new track behind it.

The train arrived in Berlin in six hours, instead of the scheduled four-and-half hours.

The 623-kilometer high-speed stretch between the German capital and the country's third-largest city has been in the works for more than two decades at a cost of nearly €10 billion ($12 billion).

The ICE train travels at up to 300 kilometers per hour (185 miles per hour) and cuts the time between the two German metropolises from six to four hours. Deutsche Bahn expects 3.6 million passengers to travel on the line each year.

Deutsche Bahn experienced an embarrassment on Friday during a test run of the new line carrying journalists and VIP guests. The Munich-bound train experienced several technical difficulties, eventually arriving after a six-hour trip.

A quarter of a century in the making, the new line cuts the travel time between two of Germany's biggest cities to just four hours. The project was the biggest and most expensive of its kind in Europe. (08.12.2017)

Turkey and Greece hit by severe earthquake 4h ago