The Israeli prime minister has drawn criticism for comments he made suggesting a Palestinian leader was responsible for the Holocaust. The incident occurred as Netanyahu left for Germany to meet Angela Merkel. 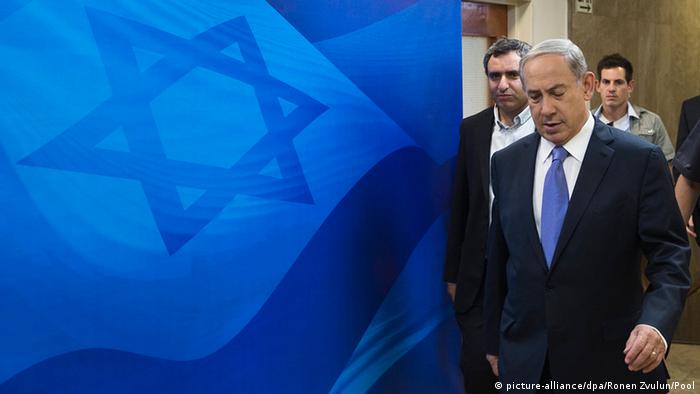 Israeli Prime Minister Benjamin Netanyahu is facing criticism ahead of a meeting with German Chancellor Angela Merkel for remarks he made linking a Palestinian leader to the Holocaust.

In a speech on Tuesday to the World Zionist Congress, Netanyahu claimed the Mufti of Jerusalem at the time, Haj Amin al-Husseini, carried some responsibility for Hitler's decision to carry out the genocide.

"Hitler didn't want to exterminate the Jews at the time. He wanted to expel the Jews," Netanyahu said. "And Haj Amin al-Husseini went to Hitler and said: 'If you expel them, they'll all come here.' 'So what should I do with them?' he asked. He said: 'Burn them.'''

The comments drew immediate criticism from politicians and Holocaust historians alike, who say they are not only historically inaccurate, but also meant to incite hatred against the Palestinians.

"This is a dangerous distortion and I demand Netanyahu correct it immediately as it minimizes the Holocaust, Nazism and the evil scourge that was Hitler's part in our people's terrible disaster," Israel's Labor Party leader Isaac Herzog, who serves as head of the opposition in the Knesset, wrote on his Facebook page.

Steffen Seibert, Merkel's spokesperson, said there was no reason to change "our view of history," in response to Netanyahu's comments.

"All Germans know the history of the murderous race madness of the National Socialists that led to the break with civilization that was the Holocaust," Seibert said.

"I don't see any reason that we should in any way change our view of history," Seibert added.

Netanyahu, who is heading to Berlin to meet with Merkel on Wednesday and US Secretary of State John Kerry on Thursday, defended his remarks prior to his departure.

Pointing to the Mufti's reputation as an ally of Hitler, the Israeli prime minister accused his critics of being apologists and ignoring the facts.

"My intention was not to absolve Hitler of his responsibility, but rather to show that the forefathers of the Palestinian nation, without a country and without the so-called 'occupation,' without land and without settlements, even then aspired to systematic incitement to exterminate the Jews," Netanyahu said in a statement. 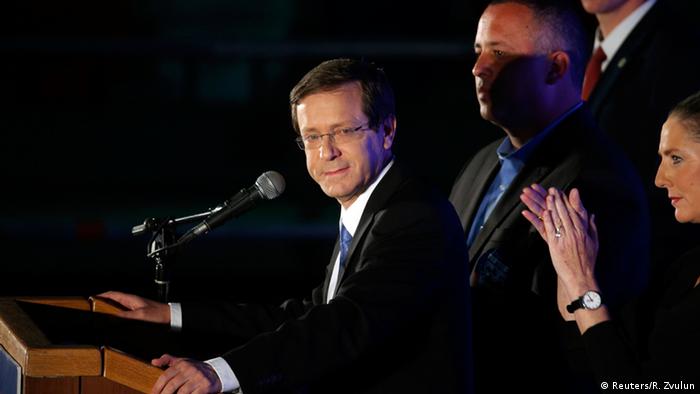 The comments also came during UN Secretary-General Ban Ki-moon's visit to the fractious region, which has seen a wave of violence between Jews and Arabs over the past month.

A day after Netanyahu made his speech, Ban reiterated his message of peace after meeting with Palestinian leaders on Wednesday, following similar talks with Israeli officials the day before.

The UN chief held a meeting with Palestinian Prime Minister Rami Hamdallah in the West Bank city of Ramallah, followed by lunch with President Mahmoud Abbas.

"We will continue to support all efforts to create the conditions to make meaningful negotiations possible," he said in a press conference after the meeting. "But ultimately it is for Palestinians and Israelis to choose peace."

Ban has condemned the knife attacks by Palestinians targeting Israelis, but has also said Israel's tightened security measures may be "counterproductive."

Ban Ki-moon urges calm amid violence between Israel and Palestinians

During a surprise visit to Jerusalem, United Nations (UN) Secretary-General Ban Ki-moon has cautioned against an escalation of violence. His message to the local populace was marred by more deaths in the West Bank. (20.10.2015)

Following nearly three weeks of deadly unrest, UN chief Ban Ki-moon is on his way to Israel and the Palestinian territories to calm tensions. During his visit, he is due to meet with both Israeli and Palestinian leaders. (20.10.2015)

Israel's Netanyahu vows to use 'all means' to restore calm

The Israeli government is considering "aggressive steps" to stop continued fighting, after a wave of violence left several dead across the country. The US has strongly condemned "terrorist attacks" against Israelis. (13.10.2015)