Israel's Prime Minister has rejected a French peace initiative during a meeting with France's Valls. Instead, the leader has offered to hold direct talks with Palestine's president Abbas in Paris. 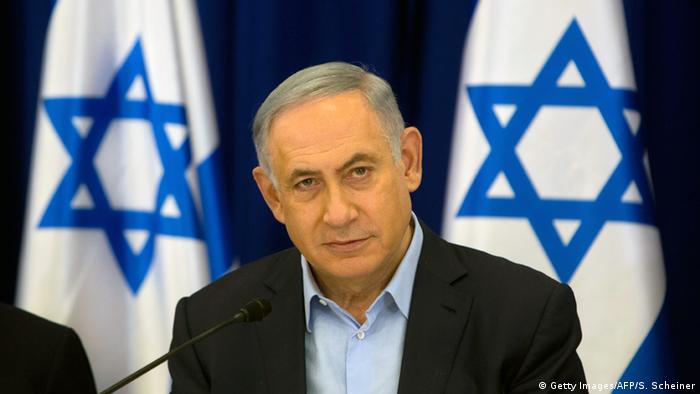 Prime Minister Benjamin Netanyahu turned down a multilateral Middle East peace initiative on Monday after talks with his French counterpart in Jerusalem.

During the meeting with French Prime Minister Manuel Valls, Netanyahu suggested a face-to-face meeting in Paris between Israeli and Palestinian leaders.

"It can still be called the French initiative because you would host this genuine effort for peace," Netanyahu said.

"But here's the difference: I will sit alone, directly, with president Abbas in the Elysee (French presidential) palace or anywhere else that you choose. Every difficult issue will be on the table."

Valls said he would speak with President Francois Hollande about the proposal.

"We support anything that can contribute to peace and direct negotiations," Valls said.

In an interview with i24news in Tel Aviv, Valls defended the peace conference, saying: "It is the role of world powers to ensure an orderly dialogue."

Palestinian President Abbas welcomed a French initiative to hold international meeting of foreign ministers on June 3, without the presence of Israelis or Palestinians. Another conference would then be held in the fall, with the Israelis and Palestinians in attendance.

The goal of the multinational talks is to hopefully restart negotiations to lead to a two-state solution.

Netanyahu has repeatedly offered to meet Abbas for direct talks. However, Palestinian leaders say direct negotiations have not ended Israeli occupation and have chosen diplomatic routes through international bodies.

Valls is set to meet with the Palestinian Prime Minister Rami Hamdallah on Tuesday to discuss the peace initiative.

Talks between the Israelis and Palestinians have been at a standstill since a US-led initiative collapsed in April 2014.

Israeli officials are struggling to explain an unexpected turn at the Independence Day festivities. On Thursday, Israel celebrated 68 years as a nation with fireworks, speeches and a very controversial performance. (15.05.2016)