No one has claimed responsibility for the blasts, but police suspect a political splinter group. Three people have died and several others have been wounded. 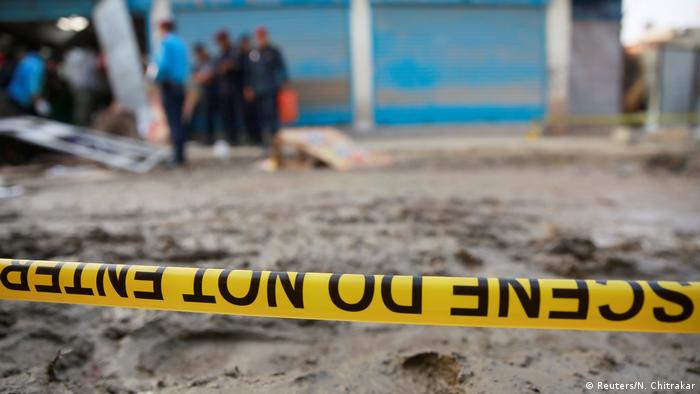 Three people have been killed and at least eight injured after three bombs went off in Kathmandu, Nepal, on Sunday.

Police said they suspected an illegal communist organization was responsible for the explosions.

The political group, once a part of the ruling Communist Party, has been protesting against the arrests of its supporters, which increased the likelihood of the faction being culpable, according to authorities.

Law enforcement officials said they found leaflets from the rebels at the scene of the second explosion, which killed one and injured another.

The first blast in the northern part of the capital left two people dead and four injured, and the second occurred in a house in downtown Kathmandu. 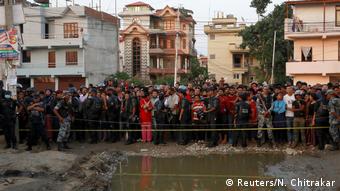 Locals gather at the site of an explosion in Kathmandu, Nepal

"One bomb went off in Ghattekulo area and another one exploded in Sukedhara," Bishwa Raj Pokharel, a police spokesman, said.

"Two people died on the spot. One person died at the hospital," he added.

"I heard a big noise and rushed to the spot to find the walls of a house had developed cracks due to the impact of the blast," 17-year-old student Govinda Bhandari said about the first detonation.

A third explosion resulted in two further injuries. Police believed the casualties were members of the group transporting the explosives.

The surrounding areas were closed off by police as the injured were rushed to hospital.

Security forces were put on high alert across the capital and various neighborhoods were being patrolled by officers.

China intends to construct a railway between the western region of Tibet and Nepal's capital, Kathmandu. The deal with Nepal comes amid growing Chinese investment in the Himalayan country. (22.06.2018)

Airport authorities and the airline have blamed each other for the accident that left at least 49 people dead. Monday's crash of a small Bombardier propeller plane is Nepal's worst since 1992. (13.03.2018)