Almost a week since a 7.8-magnitude earthquake struck Nepal, the Red Cross has said that some towns and villages near the epicenter "have suffered almost total devastation." Around 6,200 people are thought to have died. 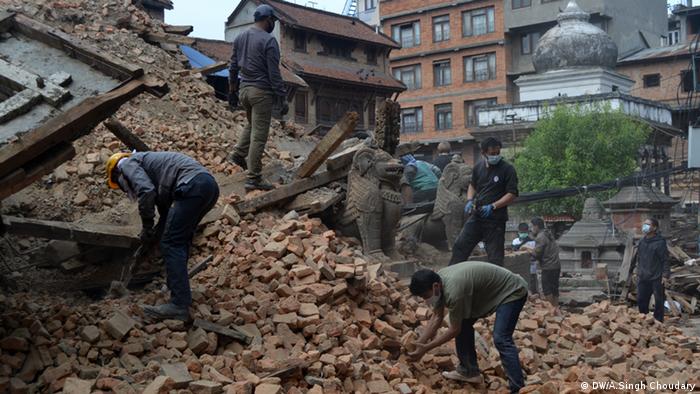 In a statement released on Friday, the Red Cross said it was "extremely concerned" about the welfare of hundreds of thousands of people in Nepal, after their six assessment teams found survivors there in a "desperate situation."

"One of our teams that returned from Chautara in Sindhupalchowk district reported that 90 percent of the homes are destroyed," said Jagan Chapagain, Asia head of the International Federation of Red Cross and Red Crescent Societies.

"The hospital has collapsed, and people are digging through the rubble with their hands in the hope that they might find family members who are still alive."

According to the United Nations (UN), at least 130,000 homes have been destroyed while some 2.8 million Nepalese are displaced. Prime Minister Sushil Koirala told Reuters earlier this week that the death toll from the quake could reach 10,000 once information on casualties from those rural areas comes in.

Efforts to deliver aid to many of the worst hit areas have been hampered by treacherous weather in recent days, while Nepal has appealed to foreign governments for more helicopters to speed up the distribution of food, water and shelters.

Back in the capital, many shops and businesses reopened on Thursday, despite aftershocks continuing to be felt around the region. Nepal's Tourism Ministry also announced that climbing on Mount Everest would reopen as early as next week.

An avalanche caused by the earthquake on Saturday killed 18 climbers and Sherpa mountain guides and injured more than 60. In neighboring China, the climbing season for the north face of Everest and all other mountains in Tibet has been closed.