The recent growth in political extremism online has resulted in increased public pressure for greater internet regulation. As corporations and governments start to respond, more voices are demanding a thorough debate. 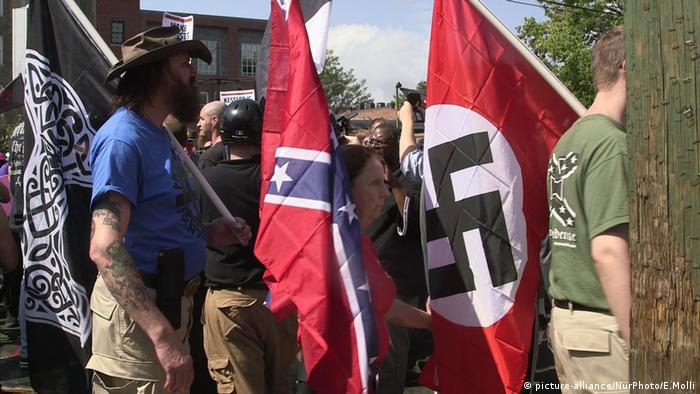 The removal of the neo-Nazi publication The Daily Stormer from the web following the violence at a neo-nazi march in Charlottesville last month has ignited a fierce debate about internet censorship.

The highly inflammatory publication, whose name is a play on the German Nazi party's tabloid newspaper Der Stürmer, had been online since 2013. It was judged to have overstepped the mark in the aftermath of Charlottesville when it published an article mocking and abusing Heather Heyer who was killed by a car attack directed at counter-protesters to the far-right rally.

Within hours, GoDaddy, a web hosting company, cut ties with the website forcing it to find another host. Google and other web companies, including Cloudfare and Zoho, soon followed. This left the site with nowhere to go but the so-called "dark web."

Some groups, such as the digital-rights group Electronic Frontier Foundation (EFF), have expressed concern at the tougher approach American sites have since taken towards extremist content. 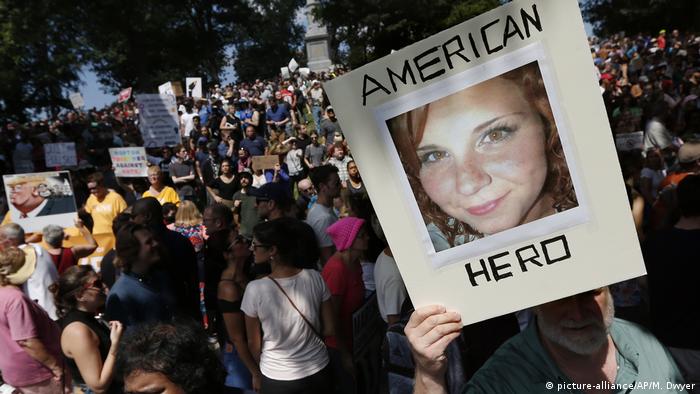 "All fair-minded people must stand against the hateful violence and aggression that seems to be growing across our country. But we must also recognize that on the internet, any tactic used now to silence neo-Nazis will soon be used against others," EFF wrote on its website.

In Germany, discussion has focused more on government rather than corporate censorship, with much controversy surrounding the Interior Ministry's decision on August 25 to ban the far-left website Indymedia. The decision, which came in the wake of a law passed in June that allows the German government to fine social media companies for failing to remove hate speech within 24 hours of receiving a notification, signifies the greater willingness of governments to interfere with the internet.

"This legislation has set a new standard for online regulation," said Heidi Beirich, an expert on extremism at the Southern Poverty Law Center. She thinks that governments across Europe will probably follow Germany in clamping down on extremist content on the web.

Read more: What are the links between US and German neo-Nazis

One notable anomaly to the trend of growing government censorship is the US. This can partly be attributed to its unique free speech culture, a product of the First Amendment, which renders any government regulation of speech anathema. Yet the most significant reason for the US's different online climate is a piece of legislation called Section 230, which grants US-based internet companies legal immunity from being charged for users' crimes. There are a few extreme exceptions to this rule such as cases of child pornography.

According to Jillian York, director for International Freedom of Expression at the EFF, Section 230 has allowed a far more open discourse on the web than in European countries. York is particularly distrustful of government interference amid ongoing political efforts to amend Section 230 to enable more federal control over the online sphere.

"I don't want the government to change Section 230 as we risk losing the better parts of it," she explained. "It is very important to protect Internet companies from liability." 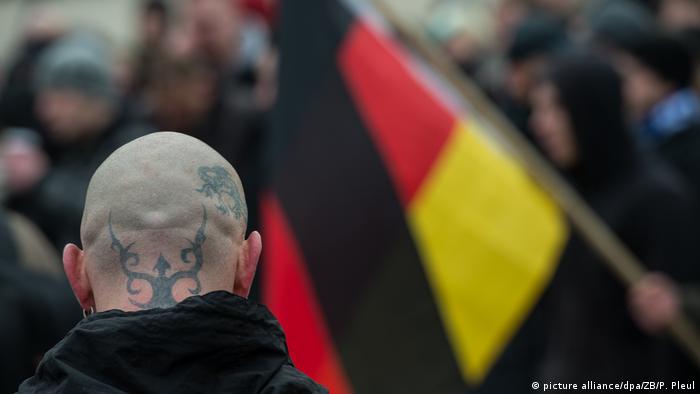 "Government has historically been the discriminator in the American case," she said, citing the case of the internment of Japanese Americans during World War II.

Both Beirich and York disapprove of the German Interior Ministry's decision to remove Indymedia from the web and do not think that German-style government regulation will come to the US.

Read more: Three things that made the violence in Charlottesville unique

Section 230, while a huge benefit to small companies as it lets them avoid messy legal battles, also has its significant drawbacks according to York.

"It lets Facebook and other large Internet companies have too much power," she said.

The legislation grants online outlets total freedom to regulate their own content, and as the First Amendment only covers the public sphere, Facebook, Google and the rest can feasibly censor what they wish.

Yet according to Beirich, the events surrounding Charlottesville changed attitudes in Silicon Valley over night and large US firms are now beginning to censor extremist material.

"Why fight to keep white supremacy online? It's not good for public relations," she said.

In light of the horrific violence at Charlottesville and the related spread of the so-called "alt-right" online, both York and Beirich sympathize with the increased pressure on Silicon Valley to censor far-right voices on the web. Yet York is bothered that the same people demanding greater censorship do not appear concerned about the amount of power these companies wield.

"I think it's dangerous to say these companies should be engaging in censorship without also ensuring that companies need to be transparent," she said.

What would a more transparent process look like? York, and the EFF more generally, wants to see due process for all users.

"That includes Neo-Nazis, but it's better than the current system," she said.

According to York, online users are currently arbitrarily blocked from various sites often by an algorithm or low-level outsourced content worker without the right of appeal.

For Beirich, the goal of creating a universally recognized legal framework for regulating the online sphere - in Europe and in the US - is now more important than ever.

"That is the main issue that now needs to be addressed," she said.

Facebook has announced plans to reinforce its German team responsible for deleting hate speech posts and other content punishable by law. The social media giant said it would open a center in Essen to this end. (09.08.2017)

Many German politicians are regularly threatened and insulted online. The Greens parliamentarian, Özcan Mutlu, is just one example. As election season heats up, so too do the reactions on social media. (27.07.2017)

German regulators cracking down on hate speech on social media should also look at lesser known players beyond Facebook and Twitter, say experts. They also think it could be a model for others - with one exception. (05.07.2017)