The United Nations Children's Fund reports that nearly 87 million children under seven years of age know no life outside of conflict zones. Exposure to trauma can hinder a child's brain development. 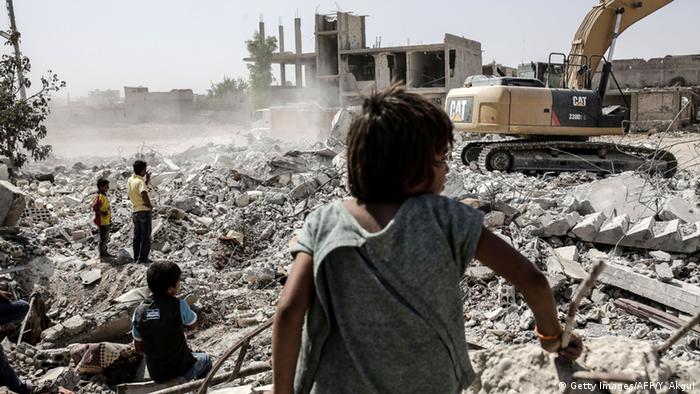 UNICEF released the new worldwide figures on Thursday, pointing out that, in addition to facing immediate physical threats children who live in conflict zones run the risk of deep-rooted emotional scars.

Children in crises were at risk of living in a state of "toxic stress" that inhibits brain cell connections, the United Nations Children's Fund found.

"Conflict robs children of their safety, family and friends, play and routine," UNICEF Chief of Early Childhood Development Pia Britto said. "Yet these are all elements of childhood that give children the best possible chance of developing fully and learning effectively, enabling them to contribute to their economies and societies, and building strong and safe communities when they reach adulthood."

A child is born with 253 million functioning neurons. During the first seven years of life, a child's brain has the potential to activate 1,000 more of these brain cells every second. Each one of those has the potential to connect to another 10,000 neurons, thousands of times per second.

But stress caused by exposure to extreme trauma can inhibit those brain cell connections, to a child's lifelong physical, social and cognitive detriment. Whether or not a child reaches full adult brain capacity of about a billion neurons largely depends on early childhood development, UNICEF said.

"That is why we need to invest more to provide children and caregivers with critical supplies and services including learning materials, psychosocial support, and safe, child-friendly spaces that can help restore a sense of childhood in the midst of conflict," Britto said.

Houthi rebels and Saudi-backed government forces have agreed to a "cessation of hostilities," according to a UN official. Thousands of civilians have been killed since Saudi Arabia launched airstrikes against Houthis. (23.03.2016)

Brussels has announced a significant increase in humanitarian assistance to Ukraine, with the EU's crisis management chief saying the aid will target "all vulnerable people affected by the conflict." (16.03.2016)

At least 215,000 children have been internally displaced and many more psychologically affected by fighting in Ukraine. UNICEF has called for "unhindered access" to help those affected. (19.02.2016)