Grenades, aircraft parts and military equipment created in one of Nazi Germany's largest steel and ironworks were the product of forced laborers. An installation by French artist Christian Boltanski remembers them. 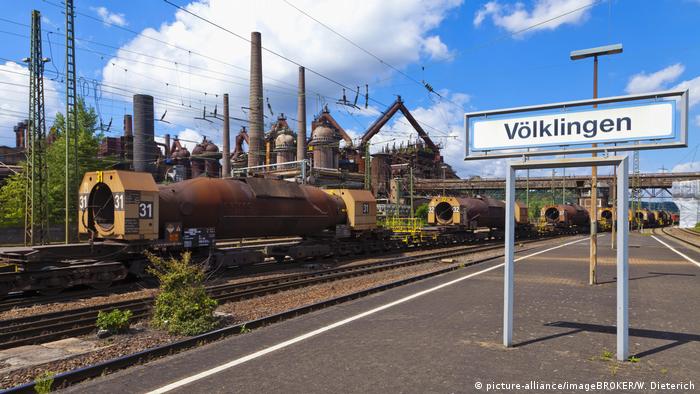 Voices whisper their names from all corners of the vast former iron foundry: women, men and children from 20 countries who were transported from across Nazi-occupied Europe and forced to work under inhumane conditions — and ultimately die — at the Völklinger Ironworks.

The French artist Christian Boltanski, in his installations "Forced Laborers" and "Memories," which are on display from November 1 at the site, reminds us of the 12,396 people taken from countries from Albania to Belgium, Bulgaria to France, from Denmark, Serbia, the Ukraine and nearly everywhere in between, to work as slaves as part of the Nazi arms build-up.

The installation employs the actual spoken recollections of former ironworkers, which are emitted from the numbered lockers that form the focal point for the work. Here long-suppressed memories come to life. 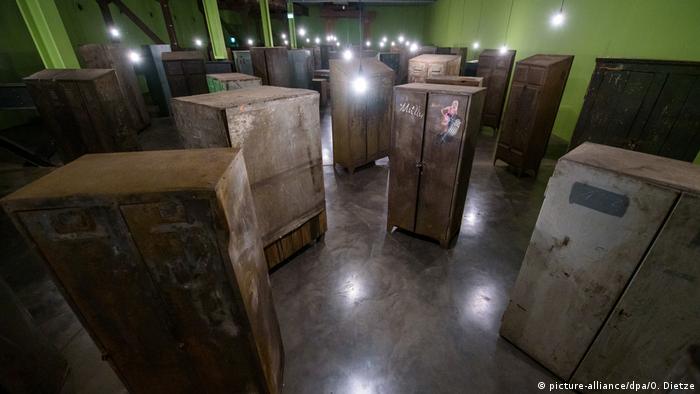 Set in the 19th century German industrial landmark, the installation also features a pile of anonymous black trousers and jackets on the floor surrounded by stacked archive boxes. The light is sparse. Here the visitor understands why, during World War II, forced laborers who were transported to Völklingen near the French border were deprived of their ID cards and made to  wear a special badge. A circular forbid staff in the plant from being friendly with the prisoners: "The enemy remains the enemy," it read.

Hermann Röchling was then the head of the iron foundry and a fervent admirer of Adolf Hitler. He was a member of the senior staff of the Nazi department for the "war economy," and thus responsible for the entire armaments industry and the widespread use of imported slave labor. The deaths of 261 forced laborers, including 60 children and infants, occurred under his watch. Some of them did not see their first birthday.

Boltanski, a conceptual artist, painter, sculptor and filmmaker who is a regular at the Documenta  art exhibition in Kassel and in 2011 designed the French pavilion of the 54th Biennale in Venice, creates an emotive outlet to understand this dark chapter in the history of the steel plant. 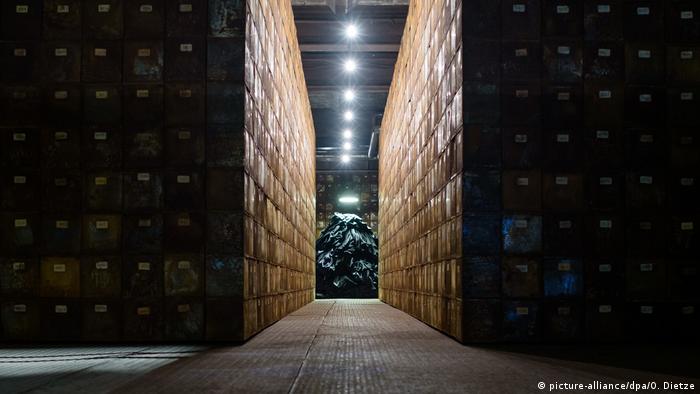 Archive boxes evoke the identities that were stripped from forced laborers

The Völklinger Ironworks was once the largest manufacturer of iron girders in Germany following its foundation in 1873. It was already producing war equipment during World War I, including 90 percent of the crude steel used to build German army helmets. Forced laborers from Belgium and Italy — in addition to prisoners-of-war from France and Russia — were also employed in the steel factory at the time. Around 10 percent of these slave workers died on site; these victims are also remembered in Boltanski's installation.

"Industrial culture in all European countries was no innocent culture," said general manager and managing director of the Völklinger Hütte, Meinrad Maria Grewenig, at the opening of the installation.

The postwar period was less controversial, with the ironworks booming in the 1960s and employing some 17,000 people before a worldwide steel crisis hit the in the mid-1970s. By 1986, the chimneys in Völklingen had stopped smoking.

In 1994, UNESCO declared the Völklinger Ironworks a World Heritage Site, the first industrial monument to be placed on the prestigious list. But while the site is the only surviving factory from the heyday of iron and steel production in 19th century Germany, the Völklinger Ironworks has a more sinister heritage upon which Christian Boltanski is again shining light.

The Christian Boltanski installation will be on display at the Völklinger Ironworks from November 1  through August 31, 2019.

They work up to 12 hours a day to help their families. Labor is part of daily life for many displaced Syrian children in Turkey. Studying is a luxury, and so is play. Julia Hahn reports from Istanbul. (05.12.2017)