Construction on the site of a former Jewish ghetto has unearthed the bones of over 700 people shot during WWII. The mass grave was discovered in the city of Brest, near the Polish border. 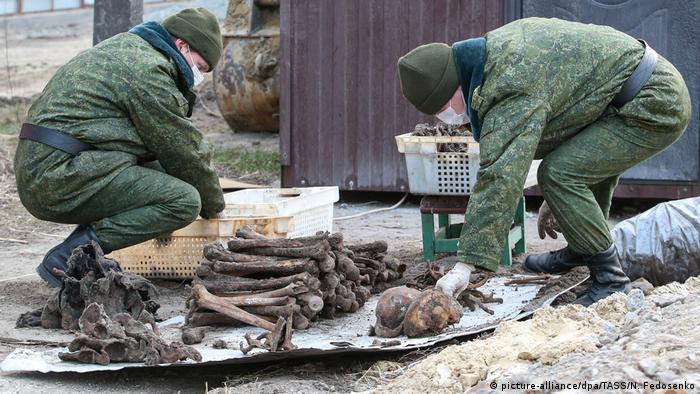 The remains of over 700 people have been unearthed at the site of a former Jewish ghetto in Belarus.

Construction workers made the chance discovery when laying down foundations for a new apartment block in the southern city of Brest last month, which led locals to call for an end to building activities.

Soldiers took over the operation, uncovering 730 bodies so far, as well as items such as leather shoes. 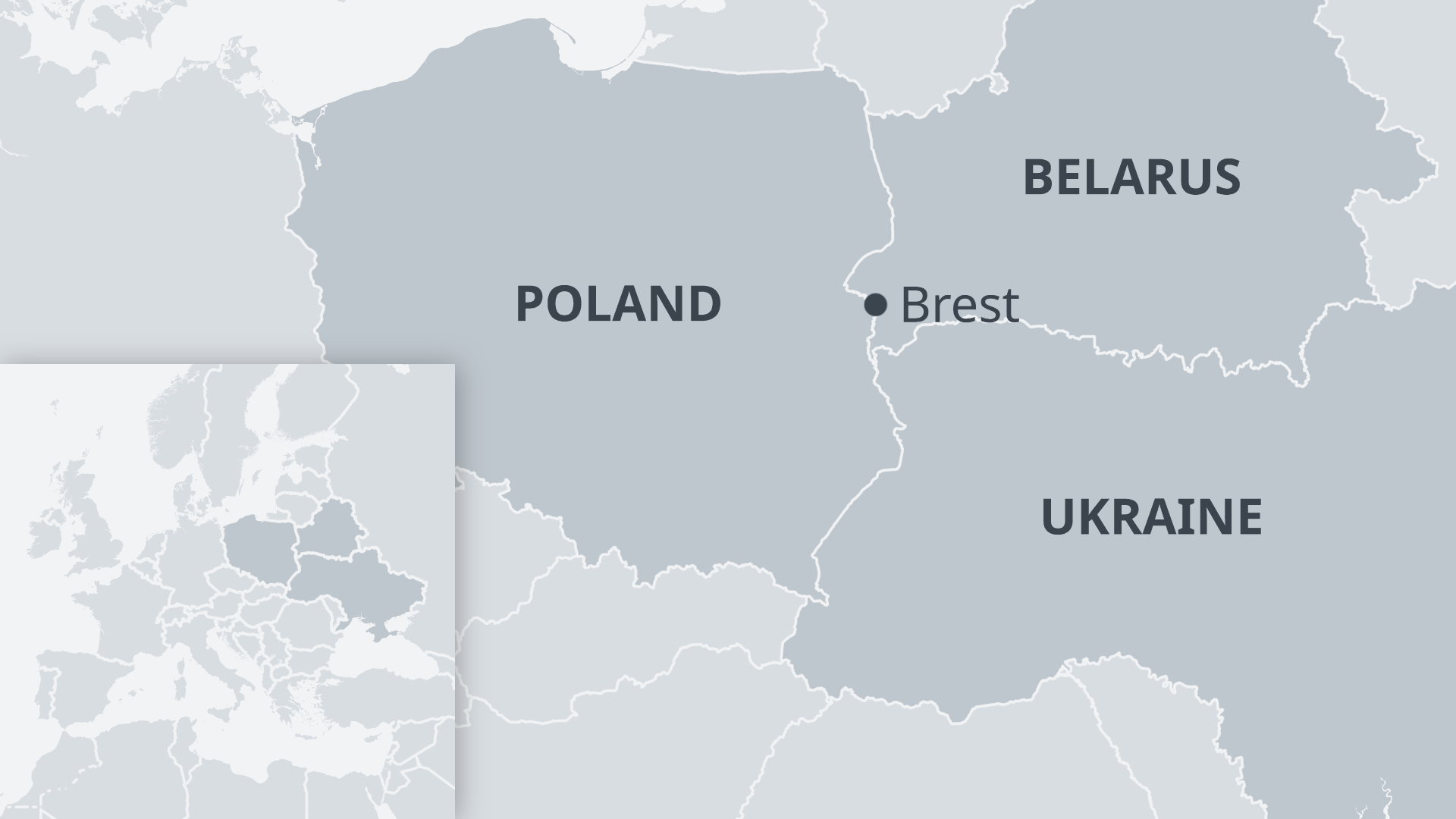 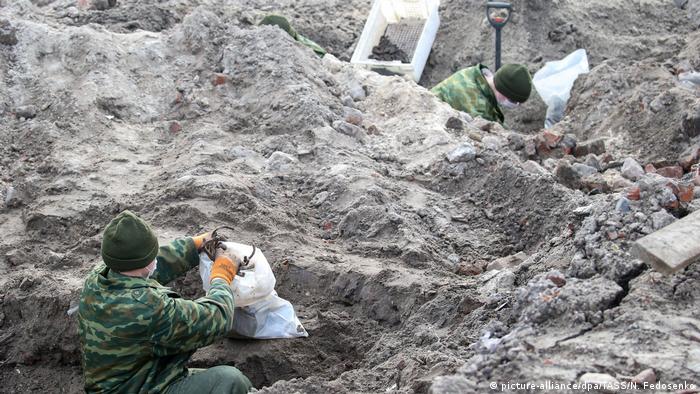 One soldier said a nearby road may be cut open in the search for remains.

Unit leader Dmitry Kaminsky said some of the skulls had bullet holes, suggesting the people had been executed by a shot to the back of the head.

"We are transferring the remains that are dug up to local authorities for reburial," he told AFP.

The ghetto in Brest had been created by Nazi Germany in 1941 and had a population of over 18,000 people.

The remains are believed to be of Jewish people who were rounded up, had their valuable belongings confiscated and were later shot.

Read more: Children who fled Nazis to get compensation from Germany 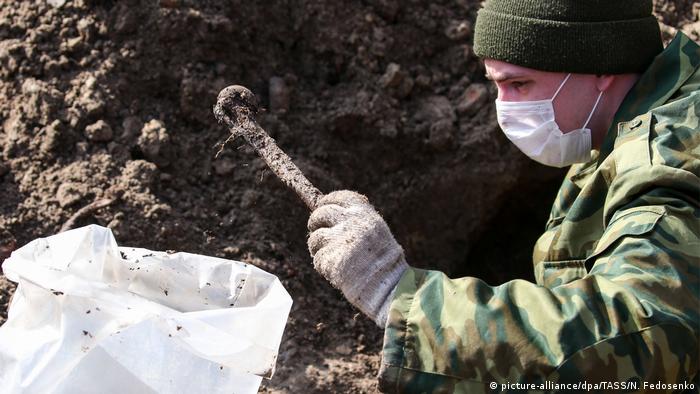 Belarusian soldiers have sifted through the site to collect bones.

Local historian Irina Lavrovskaya said she has launched a petition to stop construction at the site.

"I don’t know how you can build a house on bones," one resident said.

"We need to build some kind of memorial in honor of the dead."

As of 2014, over a thousand mass graves have been found in the region.