Navratilova calls for Margaret Court Arena to be renamed

Martina Navratilova has reiterated her call for a stadium named after another former women's world No. 1 to be renamed. This followed Margaret Court's latest comments about same-sex marriage and the LGBT community. 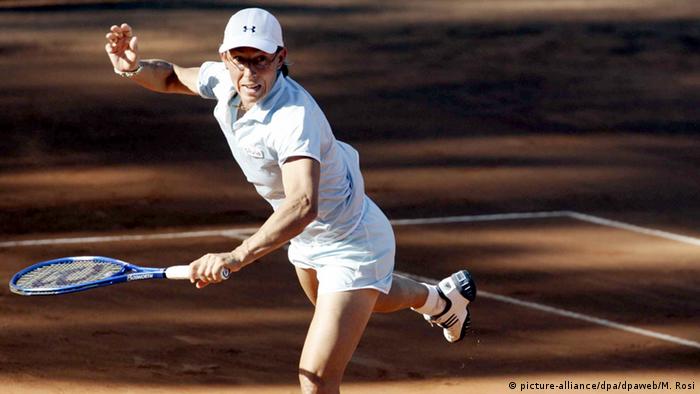 In an open letter that began with "Dear Margaret Court Arena" and was published by newspapers that belong to Australia's Fairfax Media group on Thursday, Martina Navratilova called for the venue to be renamed.

"When you were named after Margaret Court it seemed like the right thing to do," Navratilova wrote. "After all, Rod Laver already had the big stadium and Court is one of the all-time greats. I had long ago forgiven Court for her headline-grabbing comments in 1990 when she said I was a bad role model because I was a lesbian."

However, Navratilova said the latest comments by Court, who won 24 Grand Slam singles titles in the 1960s and 1970s, had demonstrated that she is "an amazing tennis player, and a racist and a homophobe."

"Her vitriol is not just an opinion," Navratilova added. "She is actively trying to keep LGBT people from getting equal rights (note to Court: we are human beings, too). She is demonising trans kids and trans adults everywhere."

The 60-year-old Czech-American's letter came in reaction to statements made by the 74-year-old Australian in an interview on a Christian radio station earlier in the week. In it, Court, who for decades has been an outspoken critic of homosexuality, said transgender children had had their minds corrupted.

Work of 'the devil'

"That's all the devil... but that's what Hitler did and that's what communism did - got the mind of the children. And there's a whole plot in our nation and in the nations of the world to get the minds of the children," Court, who is now a Christian pastor, said.

Navratilova, who wrote that "we should not be celebrating this kind of behavior," also offered a recommendation for a new name for the No. 2 arena at the Australian Open.

"I think the Evonne Goolagong Arena has a great ring to it," she wrote. "Now there is a person we can all celebrate. On every level."

Court's comments have also been criticized by several players at the French Open, including men's No.1 player Andy Murray.

"I don't see why anyone has a problem with two people who love each other getting married. If it's two men, two women, that's great. I don't see why it should matter. It's not anyone else's business," Murray said, referring to Court's earlier pledge to avoid flying with Qantas airlines over its support of same-sex marriage in Australia.

There has also been talk that players could boycott the arena during next year's Australian Open, the first Grand Slam of the tennis season.