A Zambian high court judge has granted ex-president Rupiah Banda the right to challenge parliament's decision to remove his immunity, the first victory in a politically-tinged legal battle. 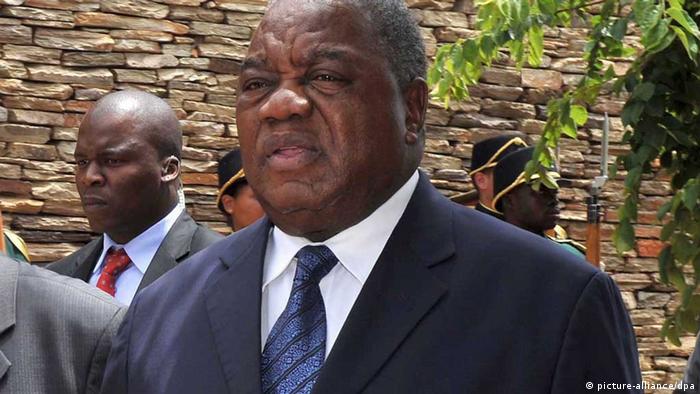 Banda was president from 2008 until 2011 when he was defeated by Michael Sata. He is accused of benefiting from a Nigerian crude oil contract while in office, among other things. He has denied all charges.

DW: What is the background to this ruling?

Heiner Naumann: Lifting immunity or trying to lift immunity of existing or previous presidents is a normal issue in Zambian politics. There were attempts to lift immunity from President Chiluba, there were attempts to lift the immunity from president Mwanawasa, who is regarded as one of the best presidents in the history of Zambia. First of all we should note that the speaker of the national assembly Patrick Matibini is not a member of the ruling PF (Patriotic Front) and I think he tried to guarantee a proper process in the house. A majority of the parliamentarians decided in favor of lifting the immunity and now the court has decided against it. That is basically a normal procedure.

Is this a sign that the Zambian judiciary is able to assert its independence?

That is a good question. Very often in the past, it has decided in favor of the president and the ruling party, but this time it did not. The question is how the president will act on that verdict and I am sure the case will come back to the high court in due time.

Banda was stopped from going to Kenya for Uhuru Kenyatta's inauguration ceremony. Do you think he has been treated fairly?

No, definitely not. I think the present government has problems accepting the rule of law. In the opinion of a lot of international observers, it was a decision not in line with Zambian legislation.

You said this is not the first time Zambia tried to strip a president of immunity. What does this tell us about Zambia?

I said there were attempts, but in the majority of the attempts they failed to get a majority for lifting immunity of existing or previous presidents. I think if we go deeper, if we go beyond personalities, then we have to analyze the political culture in Zambia and we have to see that all the governments since independence have a problem with the rule of law - with accepting the rule of law in the country. Every government made independent decisions partly violating the law and every government has problems allowing a pluralistic discussion about the country. It may be extreme under the present administration but that is a typical sign of Zambian political culture in the last decades.

Heiner Naumann is the resident director of the Friedrich Ebert Foundation in Zambia.

In a magistrate's court in Lusaka, Zambia's ex-president, Rupiah Banda, protested his innocence on Tuesday when answering a charge of abuse of power linked to an oil contract he signed while in office. (26.03.2013)