NATO prepares ′spearhead′ to ward off Russia | News and current affairs from Germany and around the world | DW | 01.12.2014

NATO Secretary General Jens Stoltenberg has voiced concern about Russia's "aggressive" behavior. He told a press conference that the alliance was working on a "spearhead" to deter any possible threat. 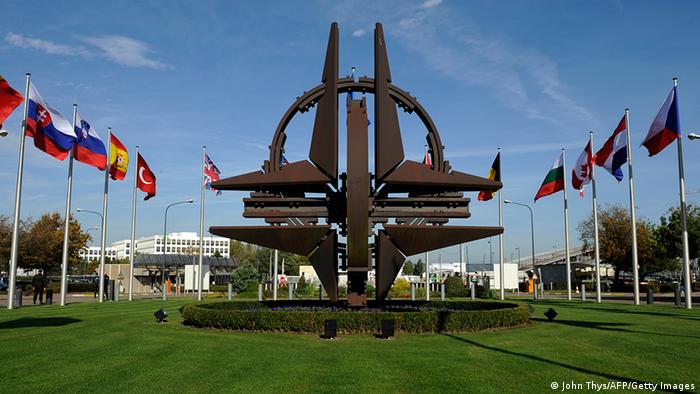 Beginning early next year NATO will have a new reaction force ready, which can be deployed more rapidly on its eastern border. This new force, called "interim spearhead," will consist of a few hundred troops from Germany, the Netherlands and Norway. Troops will rotate in terms of their state of readiness, but remain at bases in their home countries.

The new secretary general of NATO, Jens Stoltenberg, announced the plan to support the Baltic members of the alliance during a press conference in Brussels at NATO headquarters.

Concerned by increased Russian military activities on land, at sea and in the air in the wake of the crisis around Ukraine, NATO decided at its summit meeting in Wales in early September to strengthen its military presence in the Estonia, Lithuania and Latvia, which have a common border with either Russia or Belarus.

NATO chief diplomat Jens Stoltenberg told reporters that, in his view, Russia continues to violate international law and is shipping goods and weapons to the pro-Russian rebels in eastern Ukraine. In 2016, he said, NATO intends to have a fully equipped spearhead force in place, which could be deployed to the Baltic member states in 48 hours to "deter and defend" in every possible crisis. The secretary general called on Russia to make a choice and to return to the negotiating table. "It will be an advantage for Russia, but also an advantage for NATO, if Russia chooses another path and starts to respect international law and the sovereignty of all nations and the rule-based system, we have tried to establish for so many years in Europe", said Stoltenberg. 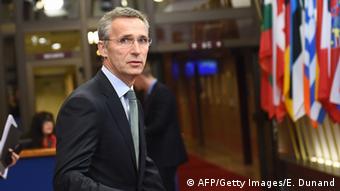 NATO set up several trust funds to finance military reforms and better training for the armed forces in Ukraine. "We stick to our open door policy", said Stoltenberg.

Ukraine, Georgia and other democracies can become NATO members in the future. There will be no formal or informal guarantees to Russia in that respect, underlined NATO diplomats in Brussels. Russia is opposing the possible enlargement of NATO vigorously. "My main message is that I respect the decisions taken by the Ukrainians. Ukraine decided some years ago to be a non-bloc nation. Then, I respected that. Now, I have seen that the new government is announcing that they will change that. If they do, I will of course respect that too", said Stoltenberg.

Behind the scenes, the former Norwegian prime minister is trying to convince his Russian counterparts to again participate in the NATO-Russia-Council. This body was created to deal with all questions concerning the security of Russia and NATO, but the meetings are suspended since the beginning of the Ukraine crisis and the annexation of Crimea by Russia. Stoltenberg's rhetoric towards Moscow is less sharp than the belligerent words of his predecessor Anders Fogh Rasmussen. Although he insists that Russia's behavior towards NATO is more "aggressive" than last year, he wants to open up a new channel for dialogue, said NATO diplomats in Brussels.

NATO is about to launch its new mission "Resolute Support" in Afghanistan in January 2015. The former combat mission to fight terrorism and the Taliban is coming to a close soon. Most of the combat troops, present there for almost 13 years, have already left the country. The new support mission for the Afghan security forces will consist of 20 000 troops, mainly from the US. In many parts of the country, Taliban rebels are intensifying their attacks to put pressure on the new government of President Ashraf Ghani. NATO secretary general Jens Stoltenberg insisted that the security situation is not deteriorating and that the new mission will not have a combat role. 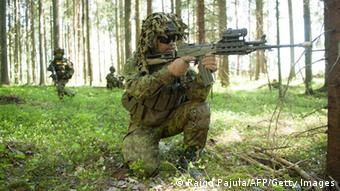 "I am very much aware that there have been attacks and we also have seen casualties. But at the same time we have seen strong and capable national security forces of Afghanistan being able to be responsible for security all over the country."

The Afghan security forces have now 350, 000 men and women under arms, but many experts fear they are still not able to guarantee stability in all parts of the war-torn country. President Ghani will meet the foreign ministers of NATO on Tuesday in Brussels to talk about his plans to reform the security forces. Referring to media reports, he intends to replace senior civilian and military leaders in some volatile provinces of Afghanistan to reinvigorate the fight against Taliban militants.

After four weeks in office the new secretary general of NATO, Jens Stoltenberg, is not very happy about the fact that NATO is so much in the spotlight. As the year 2014 comes to a close, the challenges for NATO are much more complicated with threats creeping in from the east and the south, meaning Russia and the ISIL-Terrorists, said Stoltenberg. "The reason why NATO is more in the focus now is that we have a more dangerous world. And of course I never welcome a more dangerous world."