KFOR peacekeepers are "closely monitoring the situation" amid the worst tensions between Serbia and Kosovo in a decade, sparked by a row over car registration plates. 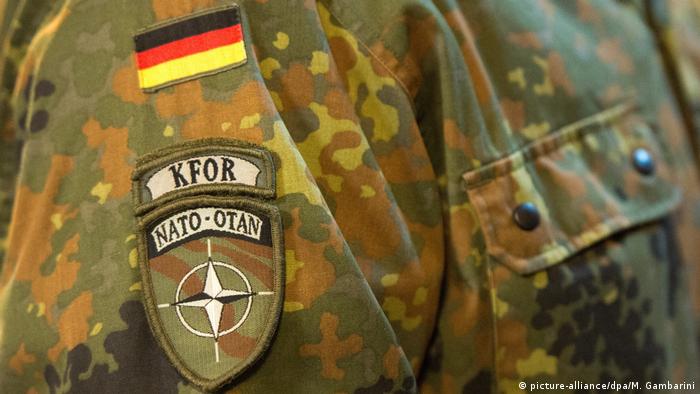 NATO forces in Kosovo have increased their patrols on the northern border near Serbia.

It comes after Serbia deployed armored vehicles by a border crossing and ethnic Serbs in Kosovo protested a decision by Kosovo's government concerning license plates.

What is the row about license plates about?

Serbia does not recognize Kosovo nor its license plates and has required drivers from Kosovo to remove them and purchase temporary ones while driving through Serbia.

Likewise, Kosovo opted to impose a similar measure, demanding that Serbian drivers in Kosovo pay €5 ($5.85) for a temporary license plate good in Kosovo for two months.

Ethnic Serbs in northern Kosovo reacted with fury last week, blocking roads and the two border crossings to Serbia while Serbia deployed armored vehicles and military aircraft flew over the border. The result has been the worst regional tensions in a decade. 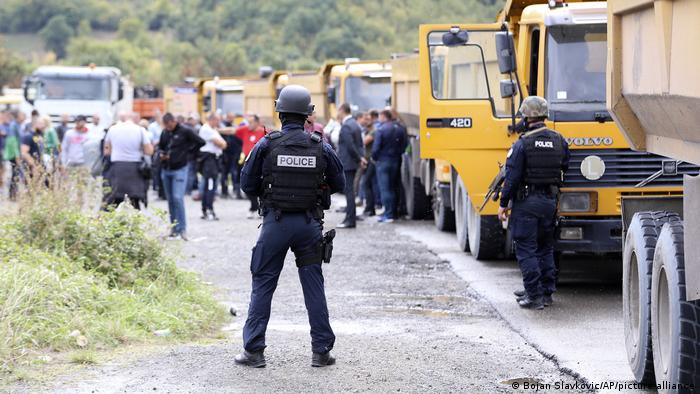 Tensions soared last week at the border between Kosovo and Serbia as Kosovo deployed additional police to implement a rule to remove Serbian license plates from cars entering Kosovo, while Serbs protested the move

NATO said it was "closely monitoring the situation across Kosovo" and working "to ensure a safe and secure environment and freedom of movement for all communities." The alliance has also flown helicopters at the border over the last week to keep watch on developments.

How is the international community reacting?

The US Embassy in Belgrade, Serbia, said on Twitter that American and Canadian defense officials had visited the Jarinje and Brnjak border crossings "to gain a better understanding of the situation," and expressed gratitude that the NATO mission known as "KFOR was on site as a stabilizing factor.''

Though the situation was calm at the border Monday, Peter Stano, the EU's foreign affairs spokesman, said: "There are a lot of diplomatic activities going on now both in Brussels and on the ground."

Over the weekend, the Russian ambassador to Serbia toured two military bases near the border with Nebojsa Stefanovic, the Serbian defense minister.

By contrast, Albanian Prime Minister Edi Rama visited Kosovo, where he criticized the "theatrical military maneuvers," of Serbia and said the "only solution is a dialogue."

Analysts point to the upcoming elections in both countries as a likely catalyst for the increase in tensions now.

What has Serbia's president said?

Serbian President Aleksander Vucic has insisted that Serbia remains "committed to peace" but "won't allow itself to be humiliated." 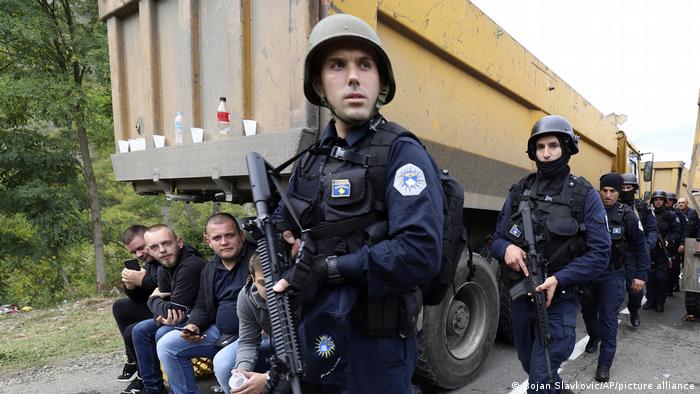 In addition to military maneuvers on the border, Vucic has also vowed not to return to the negotiating table until Kosovo withdraws the forces it had sent to northern Kosovo to enforce the new license plate rules, which he has called a "criminal action."

Vucic has also warned NATO that Serbia will intervene in Kosovo if ethnic Serbs in Kosovo come under threat.

Why is NATO in Kosovo?

Four thousand troops from 28 nations make up the international military presence in Kosovo. NATO leads the mission, which is supported by the UN, the EU and other international organizations.

That standing force is what remains of the NATO presence in 1999, when Serbia then under the rule of Slobodan Milosevic, launched a campaign of violence against the ethnic Albanian population in Kosovo.

In 2008, Kosovo declared its independence from Serbia.