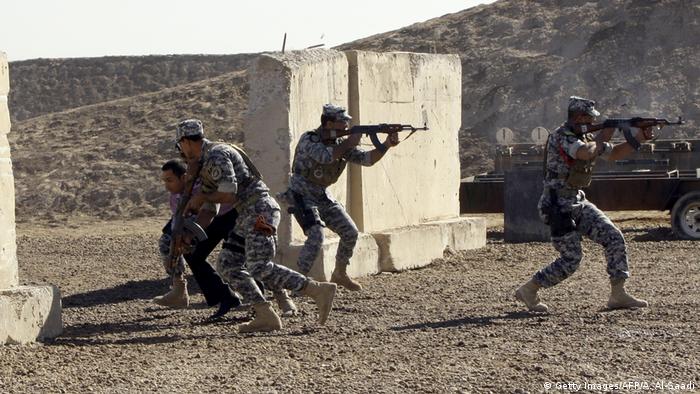 Combat troops could be transferred from Middle Eastern IS-fighting operations to join a NATO-led training mission in Iraq, under new proposals to be discussed by defense ministers in Brussels on Wednesday.

Under the plan, the soldiers would be taken from the US-led coalition fighting Islamic states in countries including Kuwait and Syria. Soldiers in combat roles in Iraq would also be relabelled in training roles under the plan.

The transfer could include as many as 200 soldiers, said NATO sources.

The proposal looks to satisfy US President Donald Trump after he called on NATO to do more in the Middle East. Trump's comments came after the US killed a top Iranian general by a drone strike in Iraq, sparking a regional crisis and leading to the Iraqi government voting to expel all foreign troops.

Despite this, NATO is expected to resume training carried out by its roughly 500 personnel in Iraq soon.

US welcomes the proposal

US ambassador to NATO Kay Bailey Hutchison welcomed the proposal, saying "it's part of burden-sharing — our European allies coming in with us and doing more in counterterrorism."

However, another NATO official warned against hoping for a concrete proposal at Wednesday's talks, saying discussions would focus on "functions not figures"— what the transferred troops would do rather than how many of them would move, said the official.

Talks on Thursday will focus on the alliance's mission in Afghanistan and Russia's new missile systems.

Some defense ministers will head from Brussels to the Munich Security Conference in Germany later in the week where similar issues will be discussed.

The tiny Balkan country has moved a step closer to becoming the military alliance's 30th member. Its membership had been blocked by neighboring Greece over a name dispute. (11.02.2020)