NATO giant ′taking time to emerge from its slumber,′ says retired General Shirreff | Europe | News and current affairs from around the continent | DW | 07.07.2016

Retired British and NATO General Richard Shirreff briefs DW on the NATO summit and his cautionary work of fiction, which envisages a full-scale war with Russia. His verdict: The alliance isn't yet doing enough. 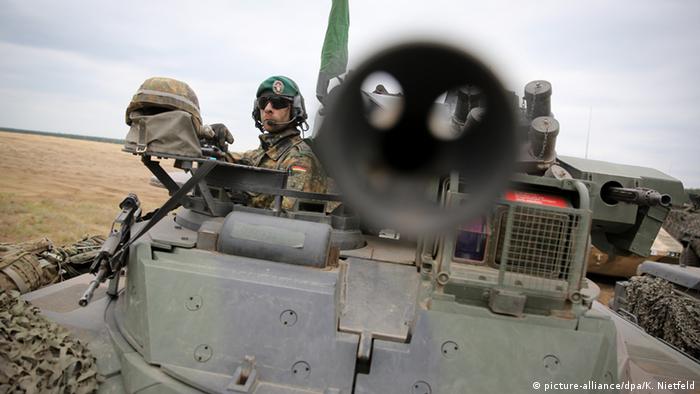 DW: General, in your recently published book "2017 War with Russia," you describe a detailed scenario of a possible full-scale war between Russia and NATO. You suggest that Russia will invade the Baltic states. Why do believe that this is going to happen?

Richard Shirreff: Firstly, let me stress that this is a work of fiction. This is a wake-up call to NATO, to the West, that unless we take note of the dynamic that President Putin has started with the invasion of Crimea, the invasion of eastern Ukraine, and many of the signals that he has sent, we could end up with this sort of catastrophe. 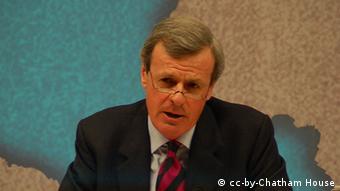 What is Russia up to? Does Putin want a war with the West?

I think Putin wants Russia to be seen as a great power. I think Putin wants to ensure that he has what you might call domination in his immediate neighborhood. I don't think he wants war with the West. But that's not the point really. What we have seen with Putin is that he is a supreme opportunist. He has used force to change the boundaries of Europe, as we saw in Crimea. And we need to be quite clear about the importance of defense and deterrence to ensure that nobody miscalculates.

You see your book as a wake-up call for NATO. At the summit in Warsaw NATO is expected to strengthen its eastern flank by sending four battalions to Poland and the Baltic States. So is NATO waking up?

NATO is waking up, but the giant is taking time to emerge from its slumber. It's a start to be pre-positioning forces in the Baltic States and in eastern Poland. But it's only a start - we need to ensure that those are credible forces. Four individual battalions without an overarching formation structure - without the sort of combat support, combat service support, command and control, which turns four battalions into a credible war fighting force - will be not seen as anything other than a political token. That is my concern.

German Chancellor Angela Merkel has accused Russia of "unsettling" NATO-allies with its actions in Ukraine. In her speech before the parliament, the chancellor called for both "deterrence and dialogue" with Moscow. (07.07.2016)

More than fifty senior officers have been fired in a single call by the Defense Ministry. Accident cover-ups and failure to report the true state of the fleet are to blame according to media reports. (01.07.2016)

Do you think that something should follow and that four battalions will not be enough?

I don't think four battalions are enough. I think what we need at minimum is a properly joined-up brigade. Those four battalions could come together, perhaps, to form a brigade. But it needs to be a properly-constituted war-fighting brigade.

By sending troops to Eastern Europe, NATO is walking a fine line, trying to keep to the NATO-Russia Founding Act – at least formally. Should NATO continue to do that?

The NATO-Russia Founding Act talked about not placing "significant forces" in the Baltic states. "Significant forces" is not a battalion in each of those countries - that's a pretty insignificant force. Talking about NATO risking ripping up a formal agreement, I would suggest that Mr. Putin has ripped up formal agreements. For example the Budapest Memorandum of 1994 which guaranteed Ukrainian sovereignty, was well and truly ripped up. So NATO has to demonstrate will and effective deterrence and robustness. This is a start. 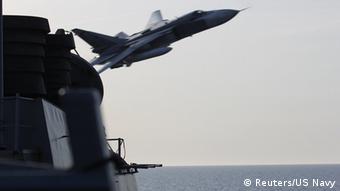 Russia recently implied its jets in the Baltic Sea might turn their transponders back on, so they are more easily spotted

Russia has recently sent a positive signal to NATO. Its military jets could fly over the Baltic Sea with transponders turned on. Are we witnessing a de-escalation from Russia?

If we are, that's very good news. But it shouldn't stop NATO demonstrating strength. Let's hope it does lead to de-escalation. The purpose of deterrence is precisely to de-escalate.

Ukraine is not covered by Article 5 of the Washington treaty, because it's not a member of NATO. Questions about support to Ukraine by NATO countries are really a matter for those countries bilaterally. NATO has to act in concert, in unity. The danger is that if some countries vote for support for Ukraine and others don't, NATO is seen to be ineffective or fractured.

Ukraine has been knocking on NATO's door for years. After what has happened in Crimea, is it realistic that Ukraine could some day join NATO?

No, I don't think it's realistic at all. Firstly, from a political aspect, to have Ukraine join NATO when large parts of Ukraine are occupied by Russian troops, could easily guarantee a war. The second point is the foundation of NATO is Article 5 - collective defense, an attack on one is an attack on all. So in military terms, reinforcing Ukraine for NATO is a real military challenge. We've got to be realistic about it. So I don't think it's realistic to talk about Ukraine becoming a member of NATO.

So will Ukraine be standing alone against Russia?

You would suggest that Kyiv go neutral?

The reality now is that too much has happened for Kyiv to ever think of going neutral. That's a matter for Kyiv. But, given the attack by Russia and Russian separatists in eastern Ukraine, it's difficult to see how Ukraine could operate neutrally. It will continue to need support from the West, but not from NATO, unless it's on a bilateral basis.

Sir Richard Shirreff is a retired British Army general. He served in Iraq, Northern Ireland and the Balkans. He spent his last years as a high-ranking officer in two NATO posts: commander of the Allied Rapid Reaction Corps, and deputy supreme allied commander Europe. His book, "2017 War with Russia," was published in May.

This year's NATO summit takes place in Warsaw, Poland, on July 8 and 9.