NATO Aware of Prisoner Abuse in Afghanistan, General Says | Europe | News and current affairs from around the continent | DW | 14.11.2007 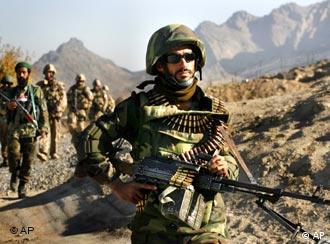 "We are aware of individual cases where employees in Afghan prisons committed actions that, according to international law, certainly do not meet our expectations," German Gen. Egon Ramms told Deutsche Welle on Wednesday, Nov. 14.

The general added that the situation was not widespread and that the alliance wanted to prevent additional cases by allowing NATO's military leaders on the ground to decide if prisoners were transferred to Afghan authorities.

The NATO-led International Security Assistance Force (ISAF) was accused by Amnesty International on Tuesday of exposing detainees to abuse by handing them over to Afghan security authorities who tortured the detainees.

The human rights group called for prisoner transfers to stop "until effective safeguards against torture and other ill-treatment are introduced in the Afghan detention system." 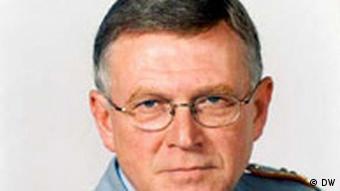 The ISAF had previously said it was not aware of any abuse.

Ramms, however, said NATO was aware of indications that transferred detainees were being abused by Afghan authorities. He said Canadian troops in the Kandahar province stopped handing over prisoners until their safety and human rights could be guaranteed.

The general added that ISAF rules of engagement agreed to by the NATO council required soldiers to convey prisoners to the Afghan security officials within 96 hours.

"I now expect politicians to become active and influence the Afghan government to change things," Ramms told Deutsche Welle. "If we obey the rules agreed on and given to us, it is terrible for the soldiers to be the ones accused of acting inappropriately." 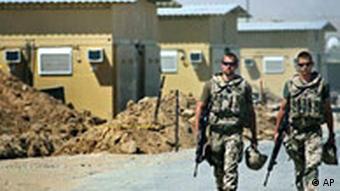 The soldiers are not to blame for applying the rules given to them, Ramms said

"An authorized commission appointed by the president will seriously investigate the issue," the Afghan foreign ministry said in a statement. "Afghanistan is against any physical and mental torture and is committed to all international human rights standards which are also stated in the Afghan constitution."

ISAF has 40,000 troops in Afghanistan from 37 countries. Britain, Canada, Denmark, the Netherlands and Norway have signed agreements on prisoner transfers, according to Amnesty. Germany, Belgium, France and Sweden are considering similar measures.

A leading human rights group has called on NATO-led forces in Afghanistan to stop transferring prisoners to local authorities out of fear they could be tortured. NATO said there is no evidence of abuse. (13.11.2007)

Chancellor Angela Merkel has made an unannounced visit to Afghanistan where she met with Afghan President Karzai and promised Berlin would do more to help the war-torn country stand on its own feet. (03.11.2007)

Who do you think should decide whether ISAF prisoners are given to Afghan authorities? Send us your comments and please include your full name and country in your reply.