It wasn't a classic final, but Portugal beat the Netherlands by a single goal to win the first ever Nations League title. The final, played at the home stadium of Porto, was settled by Goncalo Guedes' second-half strike. 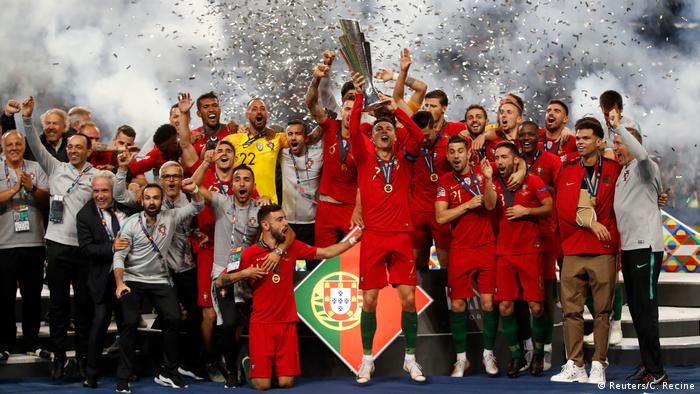 Portugal won the inaugural Nations League with a characteristic 1-0 win over the Netherlands in Porto.

The goal came courtesy of Goncalo Guedes, whose thumping strike from the edge of the box settled the game on the hour mark, with question marks over whether Dutch goalkeeper Jasper Cillessen could have done more to keep the shot out.

The shot squeezed through the hands of the Barcelona stopper and into the bottom left corner to give the tournament hosts their second major title after the 2016 European Championship.

The Netherlands were looking to add to their own single honor, the 1988 Euros, but struggled to create chances. A header from Memphis Depay sent straight at Rui Patricio was their best opportunity to level. 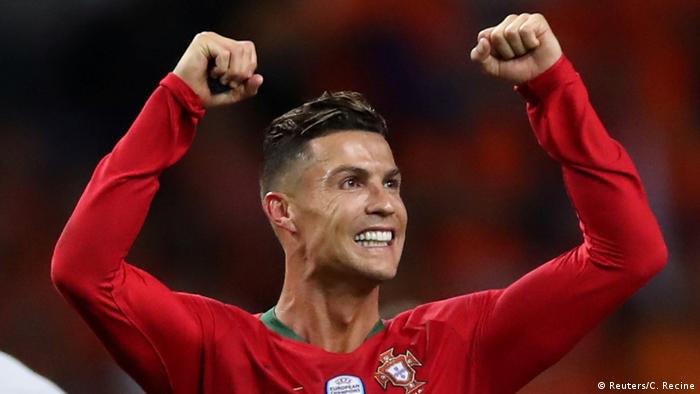 Ronaldo wasn't at his best, but he adds the Nations League to his long list of honors.

Cristiano Ronaldo had a quiet game by his standards but could nonetheless lift the trophy as team captain 15 years after he played in Portugal's home Euro final defeat to Greece in 2004.

The Netherlands named an unchanged eleven and formation from their semifinal win over England but Portugal boss Fernando Santos altered his shape from the victory against Switzerland to match the Dutch's 4-3-3.

Earlier England defeated the Swiss on penalties in Guimaraes to seal third place and with many of their fans also in Porto, there was a carnival atmosphere in the Dragao Stadium.

Jose Fonte came into the Portugal defense for the injured Pepe while Guedes replaced Joao Felix up front and Danilo, back from suspension, took the midfield spot of Ruben Neves. And it was Guedes who turned out to be the match winner when he started and finished a lovely move in the 60th minute to settle the tie.